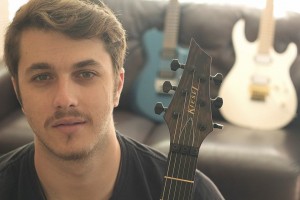 Welcome back to my column, Cerebral Upheaval – Keep Dreaming: Part II. I hope you’ve taken some time to ponder over some of the things that I had mentioned in my previous column. Without getting too deep into that, lets go ahead and dive right back into this. If you’d like to chat with me more about the question I left you with in my last column, then you can contact me at [email protected], and I would be happy to discuss that with you.

As I was saying before – by the time I was 17, my high school was forced to create an independent study program for me… I was in the unique position to have begun seriously touring with my first band Fallen Figure, while also needing to take care of my mother who had just been diagnosed with brain cancer. Because I had a legitimate career opportunity so early on, and family responsibilities that were so heavy and out of my control – all while simultaneously needing to finish my scholastic duties and graduate, I became the first student of my high school to complete my diploma outside of the prison walls of school campus. When I say that they were forced to create this independent study program for me, I mean to say that I forced them to create this program for me. I raised hell at school for teachers and staff – I pleaded my case to supervisors, who brought it to the vice principal, and up the chain of command until eventually I was heard by the school board in an intense meeting. Maybe it was luck, hard work, or a little bit of both… But the end result was the same – I had created an opportunity for myself to go after my dreams AND take care of the things that needed to be taken care of. This massive leap of faith off into the deep end was what became the start of a long journey ahead of me. 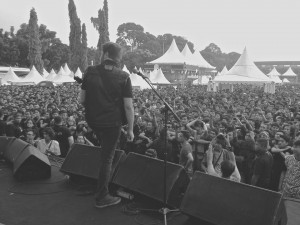 For me, learning how to learn was the greatest discovery and side-effect that came along with understanding the ways of the guitar. With my specific patterns of thinking and my way of approaching things, I knew I was in for the biggest challenge of my life, and eventually – the greatest reward too.

Playing guitar gives me something to crave, something to strive for, and most importantly it gives me an outlet to say the things that I don’t have the capacity to say with my own words. And instilled within the realm of “practice”, I developed my own sense of self-worth and accountability that I’ve found nowhere else in the world. I found a place where I could explore the deepest corners of my mind, extract tiny details from instances in my life and then turn them into creative inspiration. I could also use the guitar to forget about all of that, and use the instrument as a tool to achieve a mental peace – stillness in motion. Call me crazy, but that type of meditative connection with my instrument always brings me closer to the character or soul of my guitar in a way that allows me to create more fluidly with it. Other times, I just want to plug that fucker in, crank my amp to 11, and B.B. King the shit out of my 6-stringed beast. It all just depends on the moment’s inspirational flow, and I always tune in and listen to that inner voice. Why? Because nothing is worse then forcing something to happen. It has never worked for me, and in the long run just makes me resent whatever it is I’m forcing myself to do. 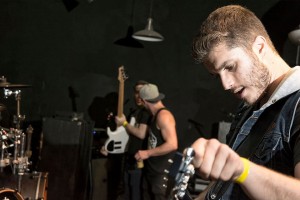 When it comes to the actual process of learning the ways of music and guitar, I have had teachers in the past that rely far too much on their own way of thinking to express information. Those teachers never really helped me all that much. The few teachers I had that taught me well made sure that the root or foundation of any idea being expressed came from a place that they, the teacher, shared with me, the student. Finding a common ground to draw relations too and make connections from is profoundly important. A teacher isn’t just somebody who knows, a teacher is somebody who knows AND can explain why and how – they are able to express the core ideas in a relatable way to their students, and they are able to listen with their eyes and ears. Yes, I did just say listen with their eyes… Bare with me. What I mean by that is, a teachermust be able to see the most minute flaws hidden within the smallest details of a players mechanics – something that the untrained eye would otherwise view as insignificant. But, those tiny flawed fragments are anything but insignificant. It is the teachers job to recognize the smallest mental or physical errors and to provide an understandable solution that become the foundation for everything the student will become.

Practicing guitar needs to be fun – but fun is subjective right? Tune in and listen to your body as well as you can – because that thing is speaking you. It might actually be telling you to do that monotonous chromatic dexterity exercise that you think sucks, just like your body would ask for broccoli or a side salad. Listen to what your fleshy vessel is asking for. Instill in yourself a belief system that inspires you to challenge yourself to comfortably exist in your un-comfort zones. Be a warrior, and know that your short game is to make the moment your bitch, and your long game is to be a conduit to that very same moment.

Being a teacher after so many years of being the student has taught me many invaluable life lessons. I have learned that some of the purest forms of happiness that I’ve ever experienced in my life have come from those moments when a spark ignites in my students eyes… in my pupil’s pupils, if you will. Their eyes light up with understanding, excitement, and an unquenchable hunger for another highly digestible double cheese information burger. They know and trust my kitchen, because I make sure my brainfood is tasty, nutritious, and easily digested. The key word here being “digested”… They know I’ll cook that shit up just right for them. Without the ability to digest food, where does one get the nutrients they need to survive? Survival is everything, but I want to live in a world where we can thrive.

Let’s take your weaknesses and turn them into your strengths… Let’s take your fears of performing and writing original music and mop up the floor with that shit! Let’s stop focusing on your comfort zones and start refining your un-comfort zones. Why? Because I can promise you that it works.

Whether you have your body and mind working for you or against you, it is you and your teachers job to straighten it out and create that “a-ha!” moment that you need, together. You see, those moments when all of the hours of practice and struggle come to fruition…nothing else matters on the entire planet in that moment. And for me, that’s what this is all about. 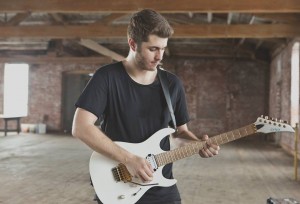 – For more on Dan: www.DanSugarman.com