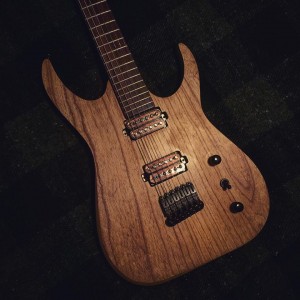 Blackmachine Guitars is a name that has been on the lips of guitarist for over a decade now, and with this prestigious name, comes a hint of exclusivity, and a link to some of the best players out there, such as Nolly Getgood & Misha Mansoor (Periphery) and Pin (Sikth).

I was fortunate enough to pick up my personal Blackmachine B6 up from a Facebook Trades and Sale page, and a very reasonable second-hand price of £1800. From day one this thing has outperformed almost any other six string I have stacked it against.

‘Djent’ is obviously the genre that leaps to mind when you consider the player stereotype, and the image that Blackmachine guitars aesthetics lend themselves to. However I have found it to work well in everything from standard to drop A tuning, and surprisingly it makes a great blues and indie rock axe by virtue of its lower output and clearly voiced pickup choice. 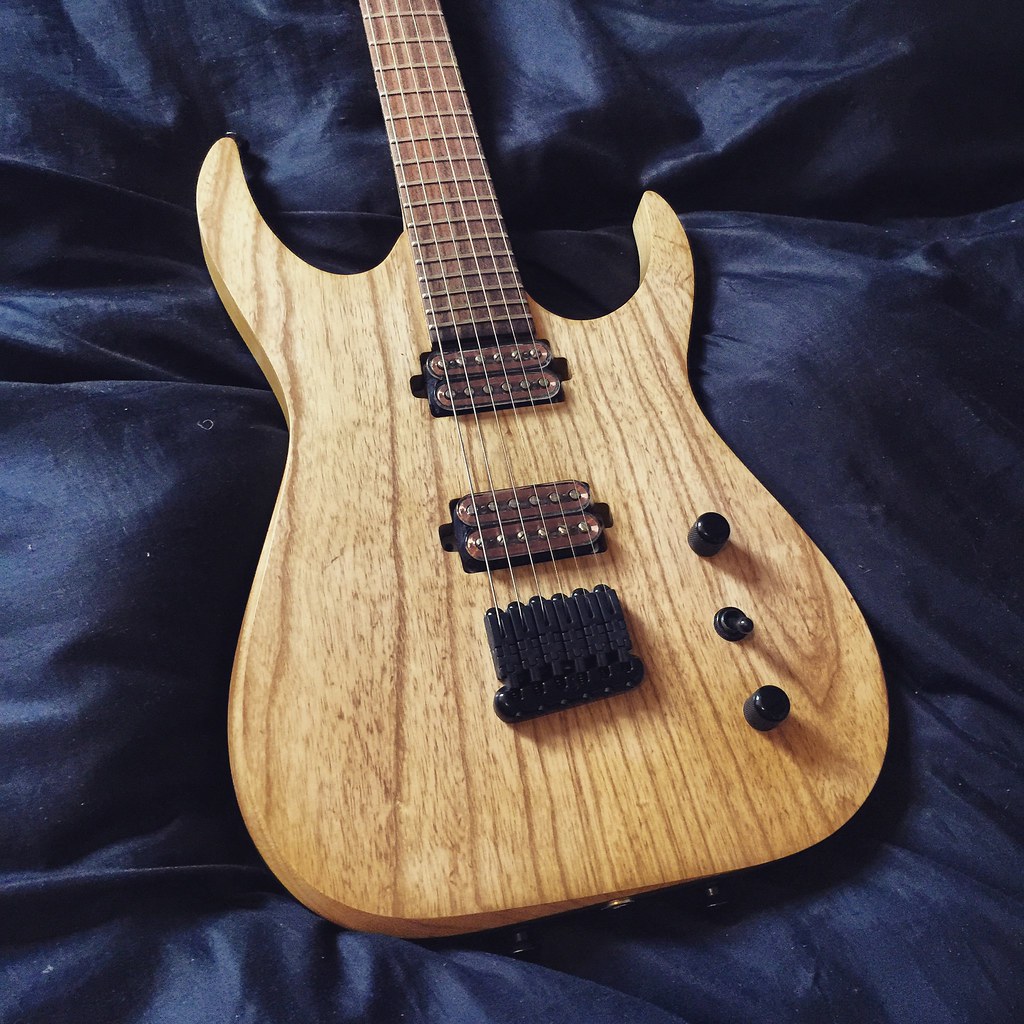 Other Features – 3 Dunlop strap buttons for flexibility of position on your strap, and also a great place to rest the guitar against something sturdy, however not for the faint hearted.

It’s all well and good to list out a specification, but if a guitar is assembled by a drunk child then the results would be obvious. However the crack team of builders at Feline guitars really know how to cut some wood, and the tonal results are mind blowing. I have never heard such clear resonant tone from a guitar. All positions remain very full sounding, even thick, but the clarity is what won me over. Single string definition, especially in respect to chordal clarity is like nothing I’ve ever heard before. The bridge isn’t ‘ice picky’ on leads, and the neck isn’t wooly for rhythm.

The Blackmachine B6’s neck shape fit my hand perfectly. My hands are big in the palm, but average in the finger. The kind of hands you would like to clear snow from the driveway, but not always the best for barring chords and shredding riffs. The fractionally narrower neck and nut end string spacing meant that the more I tried to play, the harder it became. The setup was such that you simply will your hands into motion, and it’s as if the guitar is forgiving of your faults and foibles and simply lets the notes happen. Just put your fingers to the board and the Blackmachine does the rest!

Now when you take into account that I am using an Axe FX for my tone, you would imagine as your eyes roll into the back of your head that it’s all digital trickery, and the end result is simply a super polished, highly refined and nothing like its origin. Sure I have played with the settings to get ‘my sound’, whatever that means, but you plug it into a blues junior or a JVM, and you can still see how this guitar is my undisputed king of tone.

The friendly Feline fellas didn’t cut any corners with this one, excluding the super comfortable and frequently copied arm bevel. The neck pocket is tight to the point that when I removed the bolts holding it in place and attempted to lift it out, the body moved with it. It took some force to remove it from the pocket. You couldn’t fit a hypothetical Dunlop 0.01mm gauge pick in there.

The nut is so very clean, and overall quality and feel are as robust as the price tag would lead you to believe. The stainless steel frets were rounded off so smoothly, you could be forgiven for thinking they had soldered ball bearings on the ends. This thing is immaculate!

However it’s never all sunshine and rainbows, so where does this guitar fall down? Well for a start, the lightweight feel lends itself to a fragile association when you hold it. The somewhat Parker inspired headstock shape, though great at providing rigidity and sustain, looks precarious, to say the least, and with all that natural satin wood, dings can (and will) happen. I could best draw a comparison to a formula one race car. The Blackmachine B6 is an engineering marvel, meant to be as fast and crisp as possible, but if you attempt to take it off-roading, you will unsurprisingly get stuck in a ditch. This is a Lamborghini Aventador, not a Redneck Tractor.

Let’s add it all up. There’s no other way to say this, it is the best guitar I own or have owned. Nothing I have played for the same price even comes close, and in an age where Gibson sell guitars at the price of a thoroughbred Blackmachine, which are seldom better finished than their Epiphone counterparts, it’s a no brainer. I did have to replace the Switchcraft jack input, but with all perishable components, it’s something to be expected. Honestly, I can say there’s nothing I would change on this guitar. Treat it with respect, clean it, put it back in its included Hiscox liteflite case when you’re done, and youwon’tt need to cry when it gets dinged. Look after it, and it will serve you better than almost any other axe for a lifetime.  Hope you enjoyed reading our Blackmachine b6 review.

Lest See the Scores!

Dont forget to view the links below to hear my Blackmachine B6 in action.

Hi there, I’m Ben Parr, a 23 year old guitarist and producer from Yorkshire, UK. I work in the UK’s largest music retailer, and have been a Gear Acquisition Sufferer for over a decade. I got my first guitar aged 11, and have since made it my life’s work to remember all 50+ I have so far been able to recall owning.

Oh, and by the way, we are now fully authorized to deal a number of great brands!   Check out our store here.