Do they stack up to the original USA made Holcomb model?

Can it deliver similar tones at better price?

Let’s start with the features on this guitar, and then we’ll answer those questions.  Actually, forget the features, how about a picture first? 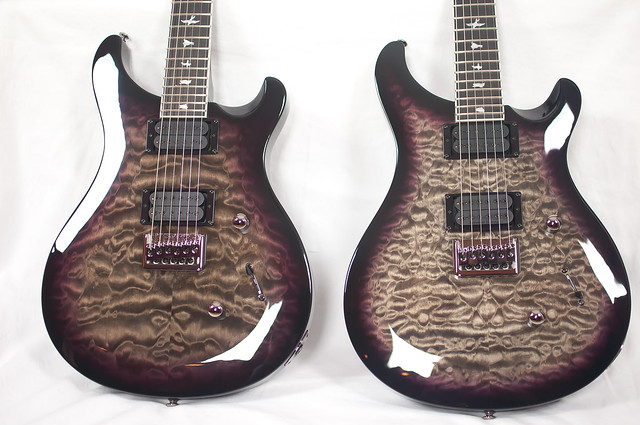 Right off the bat, it’s worth noting that this guitar is a bit of a departure from the usual PRS offerings for a few reasons…

The first of which is the 20″ radius.  PRS usually favor a rounder radii, whereas these have a radius that is flatter than most metal oriented guitars available.  This makes bending without fretting out feasible.  It also makes big chords a bit easier to play in my opinion, although some people feel a rounder radius makes chording easier.   All I’m going to say about that is that classical guitars usually have an infinite (flat) radius, and classical guitarists love their chords.

The other big difference on the Holcomb SE is that the scale length is 25.5″ instead of 25″.  This allows for a bit of extra clarity when tuning down, which is something you’re likely to be doing if you’re buying this guitar!

Finally, this guitar features a satin neck instead of the gloss finish that PRS likes to use most of the time.  This is definitely a welcome feature.

Worth noting is that most guitars in this price range just use a maple veneer over the body  wood, which means that you’re only getting the aesthetic benefit of the maple.  PRS uses an actual maple top with a veneer on top of that.  This means that you are getting the tonal benefits of the maple as opposed to pure aesthetics.  We’ll dive more into the tone of the guitar below, but this is something we feel is worth mentioning as it’s a nice touch that most people won’t realize is there.

The pickups on this guitar are the Seymour Duncan Alpha & Omega set, which were previously only available via the custom shop and carried a hefty $300+ price tag.  The same set is now included in these guitars.

This guitar set out to deliver modern metal tones at an affordable price, and we’re glad to say that Mark and PRS managed to do it.

The mahogany body paired with the maple top and maple neck give you a tonally flexible platform that allows you to nail that modern metal perfectly.

We played around with the guitar a fair bit to see how it holds up in lower tunings, like drop Ab.  A lot of guitars tend to get too bassy sounding when you down down, but this instrument was designed for that so it’s a non-issue!  We actually found that this guitar sounds better tuned down as opposed to E standard.  This is likely due to the way the pickups are voiced.  The guitar definitely does not sound bad in standard, it just sounds really, really awesome in drop C.

If you’re looking for a guitar you can tune down and keep in drop C or lower, then this is probably the one you should buy.  The stock pickups are great, and do not need to be swapped out if you’re playing metal.  They can do other genres well too, but they definitely excel at metal.

Now, are you going to get twangy tele tones out of this guitar?  Maybe, you can squeeze them out of the guitar for sure and get most of the way there, but no, this isn’t something you should buy if you want those tones.

These guitars, like 90% of the guitars coming out of Korea, are built by World Music.

Surprisingly, this doesn’t mean much.  We’ve had a lot of guitars come through that have been built by World Music.

What really matters is how much quality control is performed.

We’re happy to say that PRS is easily one of the better brands when it comes to maintaining quality control over their import instruments.  We have received a few Holcomb models, and all have been great!  This is extremely rare on import guitars, as we usually find ourselves returning a lot of Korean built guitars to manufacturers we deal with.

This isn’t a huge deal for our customers, as we aggressively return anything that doesn’t meet our high standards, but it is worth mentioning just in case you are buying used or from another store.

We feel some brands have vastly over-extended themselves by offering Korean guitars loaded with insane specs claim to carefully check each guitar over, but this is rarely the case because we frequently receive guitars riddled with flaws.

PRS has opted to deliver a solid set of specs, and invest more heavily in quality control.  In our opinion, this is definitely the right decision.

There is no filler in the ebony fretboard, no sharp fret ends, no crooked side dots, no odd router burn, no binding separation issues, no burst that looks like it was done by a 15 year old with a can of spray paint.

While these aren’t going to be as flawless as a $3300 USA Core Line PRS, they are almost certainly going to be better than other guitars in this price range.

We have noticed that these guitars vary quite a bit in terms of color and tops.  This isn’t a bad thing, just worth noting.  Some seem to be lighter in color, and others a bit darker.  It really depends on what you like.  The lighter ones seem to have veneers that pop a bit more.

PRS has managed to effectively distill the best parts of the USA Holcomb model and turn it into a budget friendly metal machine.

By choosing to invest heavily in quality control, and not go crazy on specs, they’ve provided insurance that the Holcomb models won’t be riddled with flaws.

If you want a guitar to play djent/metal on, then this is it.  Look no further.  Your $899 will not take you any further with any other brand or guitar.  Check our current Holcombs out here. 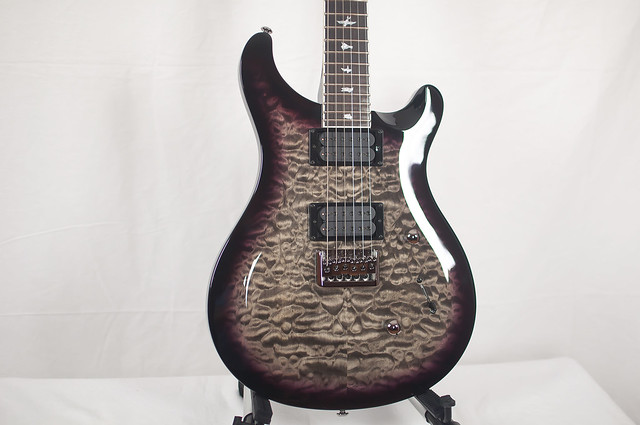 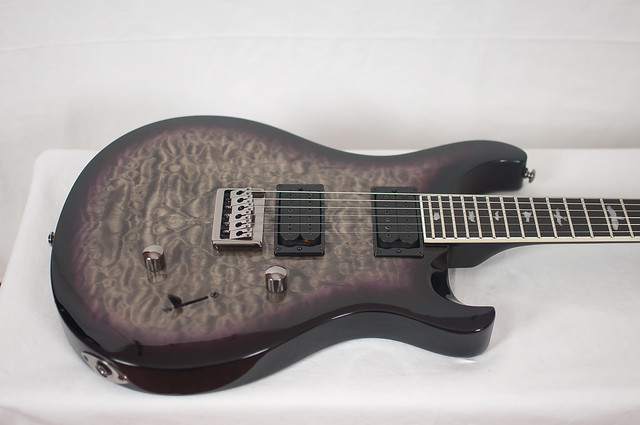 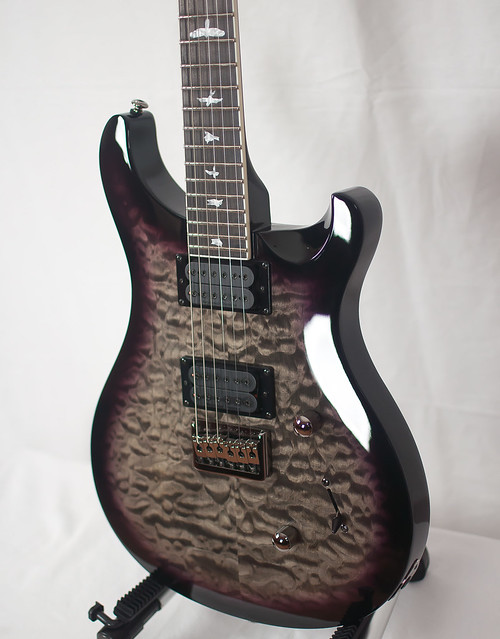