Once in a while, PRS sends us a list of special guitars they’ve made that feature a variety of specifications.  Some are fairly straightforward, while others feature specifications never seen before.

When they send us these emails, most of the guitars send to sell out fast.

Usually, if you take any longer than 5 minutes after receiving their email to reply it means you’ve already missed out on getting the guitar you wanted.  It’s kind of like getting sniped on eBay, except by another guitar dealer.  Which makes it about 6.3 times as bad as getting sniped on eBay.

About a week ago, I received an email from Rick with a delicious list of guitars they had available.  I scrolled past a lot of guitars I didn’t think were anything special until I came across this PRS CE (wondering what the difference is between PRS models?)…

It immediately caught my eye, and I had assumed it was a Wood Library or Private Stock guitar because of the finish which isn’t usually available on regular core line models.

Well, it turned out it was a CE24, which meant it was still relatively affordable for mortals!  The finish is grey black cherry burst, and features stunning red binding.  Again, this would usually be unobtainable without going the very expensive (yet worth it!) Private Stock route.

The decidedly metal aesthetic of this guitar really suits how great these guitars are for metal.  The bolt-on joints give them more attack, which is nice when you’re tuning down.  You can read more about that in our review of the CE24.

Also, sorry to disappoint you guys, but this is long gone.  However, we do have other PRS available, and maybe even more one off guitars like this one without the one off price tag usually associated with a custom PRS.

Anyways, onto the pictures! 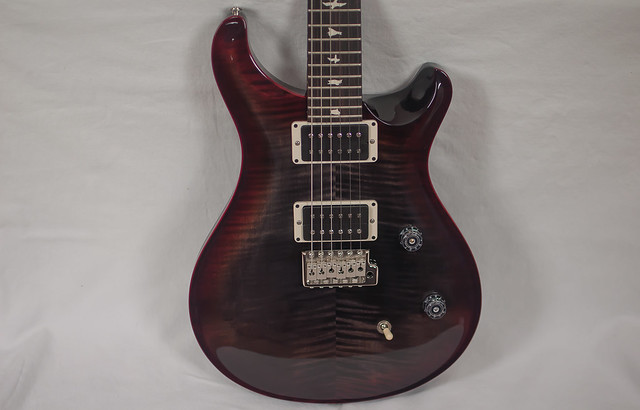 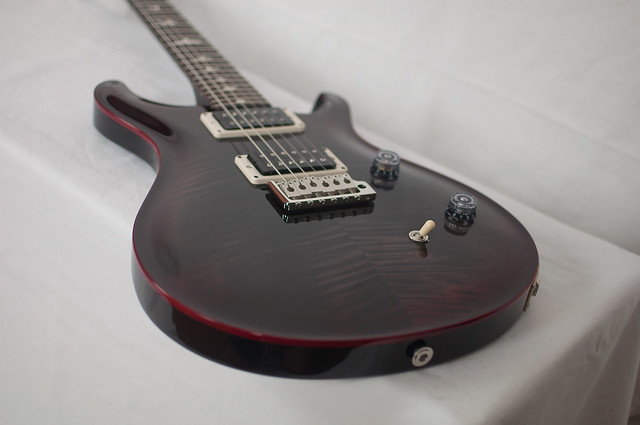 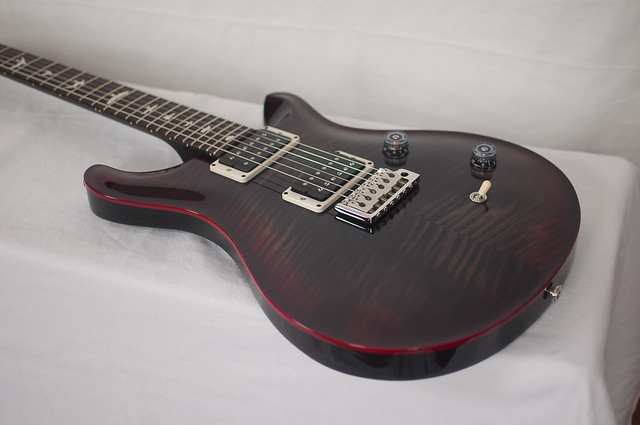 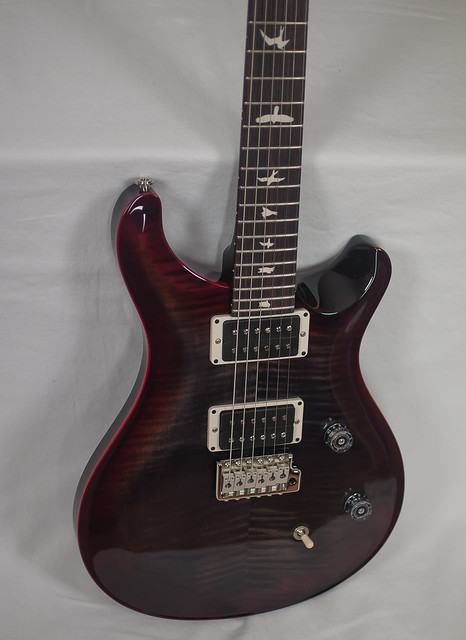 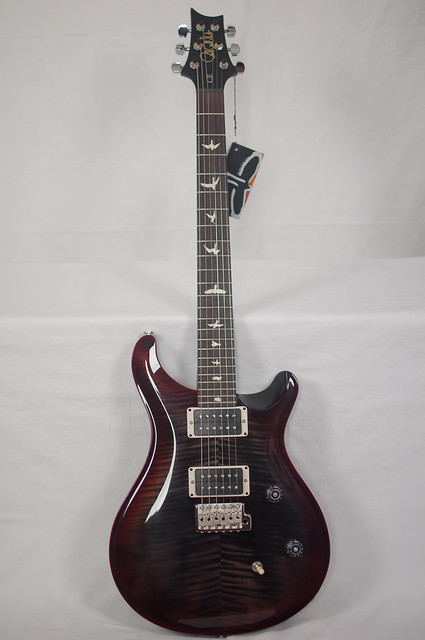