While compressors are arguably the most important tool in a studio environment for mastering, they can also be utilized to help tighten up your guitar tone as well. They can be exceptionally useful, but if used incorrectly, can do more damage than good.

Today, we’re going to look at the way compressors work and what all those confusing knobs do!

In essence, compressors control dynamics between loud and softer sounds by making the loud parts softer (referred to as “Gain Reduction”). This effect allows you to raise the total volume without the louder parts becoming overbearing.

In today’s “Loudness Wars”, compressors are the main instrument. Slamming your song to the point of zero dynamics allows you to get the song loud as hell. Some like to call this “Brick Wall Mastering”, because the audio form looks like a solid wall, rather than showing any dips or peaks in volume. 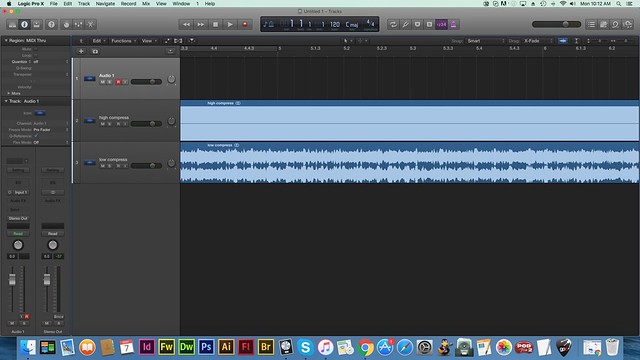 High-end compressors are something that most people don’t have and probably never will. They can cost thousands of dollars and are often hard to justify for the bedroom musician. The good news is that you live in the modern era and you can find affordable compression pedals and even cheaper (often free) software based ones for your computer!

Let’s learn about the different parameters of compressors!

(Most compressors will have these basic parameters that I will go over.)

The threshold of the compressor determines the loudness at which gain reduction begins. Basically, if the threshold is set high, then only the loudest peaks are reduced. If the threshold is set low, then you are going to slam everything down. The threshold should usually be the first setting you adjust because it outlines what you are actually compressing, rather than how you compress it.

There is no “one-size-fits-all” strategy here.

For rhythm guitars, I usually go to a louder spot and start lowering the threshold until I start to hear an audible difference in the compression, then roll it back just a tad bit.

The ratio actually refers to how much compression will be taking place.  You’ll often see the settings labeled similarly to 2:1, 5:1, 10:1, etc..

These numbers are referring to the balance between the input and output above the threshold. Basically, if you are at a 10:1 ratio, then for every 10 decibels above the threshold, you are going to be only getting 1 decibel of sound. So you’ll be compressing by 9 decibels.

Your compressor’s attack refers to the speed in which the compressor reaches is maximum compression ratio after the threshold is met. This is used to adjust for sounds that have different transient qualities. A transient is the high amplitude sound at the beginning of a waveform. Essentially, it’s the initial snap of a sound.

Here’s an example of a snare drum transient: 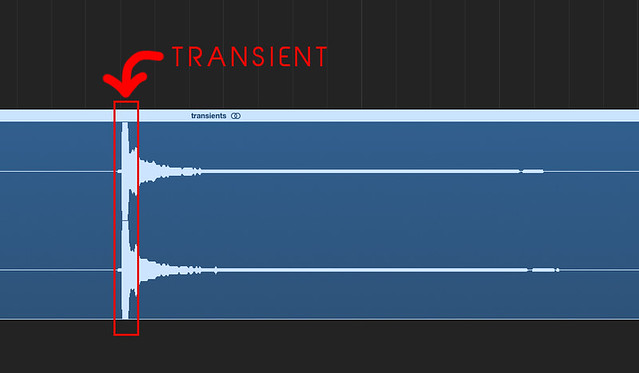 When you’re setting your attack, it’s very dependent on what kind of sound you are compressing. Here’s some generalized examples:

The release is essentially the opposite of the attack. It’s the amount of time it takes for the compressor to return back to zero gain reduction after the sound dips below the threshold.

The Knee of a compressor is a useful tool that is often overlooked. The knee actually creates a gradual rate of compression based on the knee’s setting.

A knee set all the way to hard will force the compressor to compress at the exact set ratio on the exact threshold that you previously set.

A knee all the way to soft will actually begin gradually compressing slightly before the threshold point.

If you want a more subtle transition into your compressed sounds, the soft knee can be really useful for making it sound more organic.

I hope this article was helpful, or at least interesting!