Welcome to another exciting edition of Geared! We had the opportunity to sit down with metal masters, Keith Merrow and Wes Hauch, to discuss some of the gear used on Alluvial’s debut album, The Deep Longing For Annihilation. We’ll go over some of the guitars used, recording setup, amp sounds, and more!

The massive sounding rhythm guitars used on the album were none other than the KM-7 and KM-7 FRS models, Keith’s signature Schecter guitars. The KM-7 MK-II is one of our absolute favorite production model guitars of the last few years and as such, made it to our Top 5 Guitars of 2016 list, so I’d strongly recommend checking that guitar out if you haven’t already! 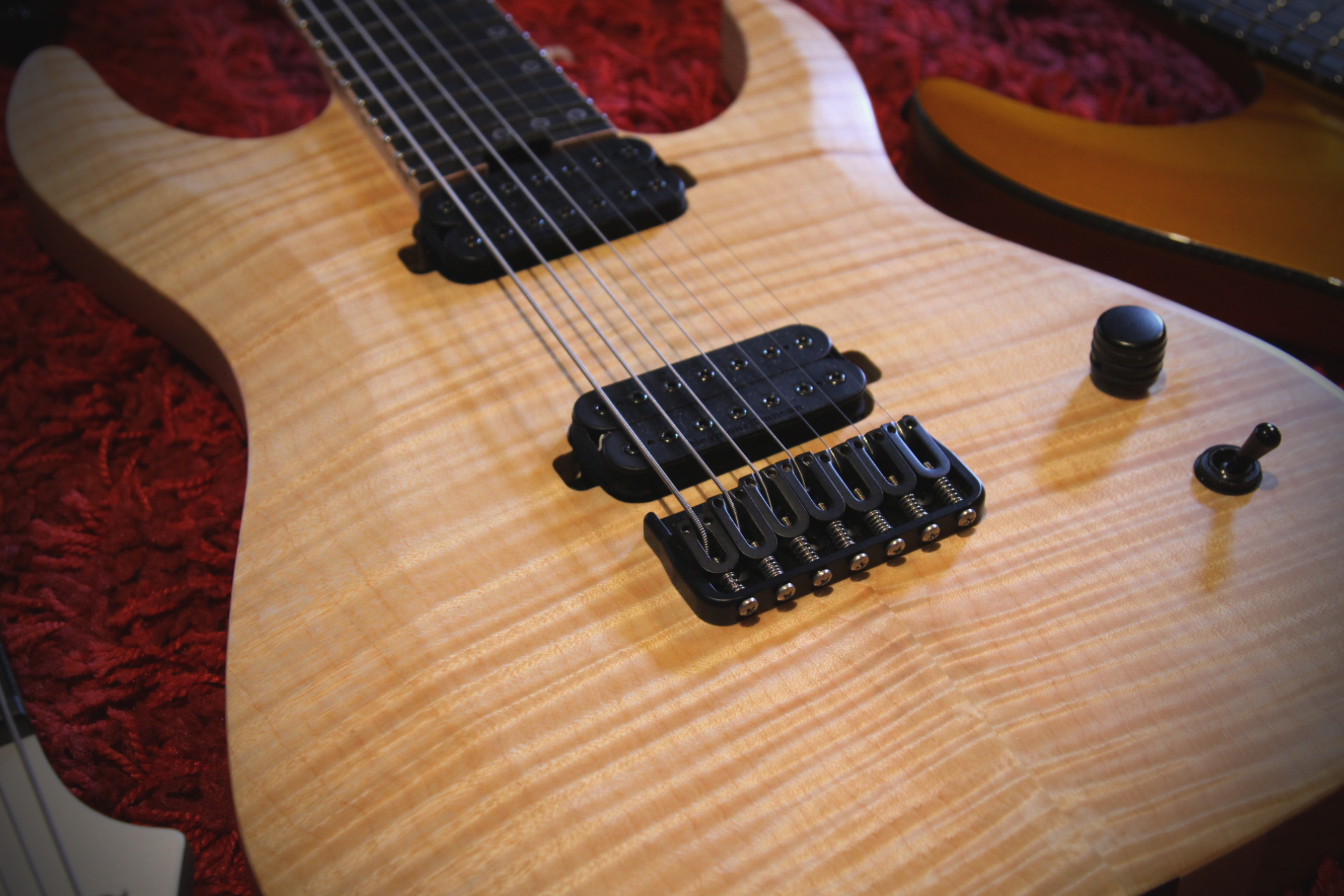 These guitars are fitted with Seymour Duncan’s super-aggressive Nazgul/Sentient Humbuckers. We did an in-depth review on the Nazgul a while back if you want to learn more! 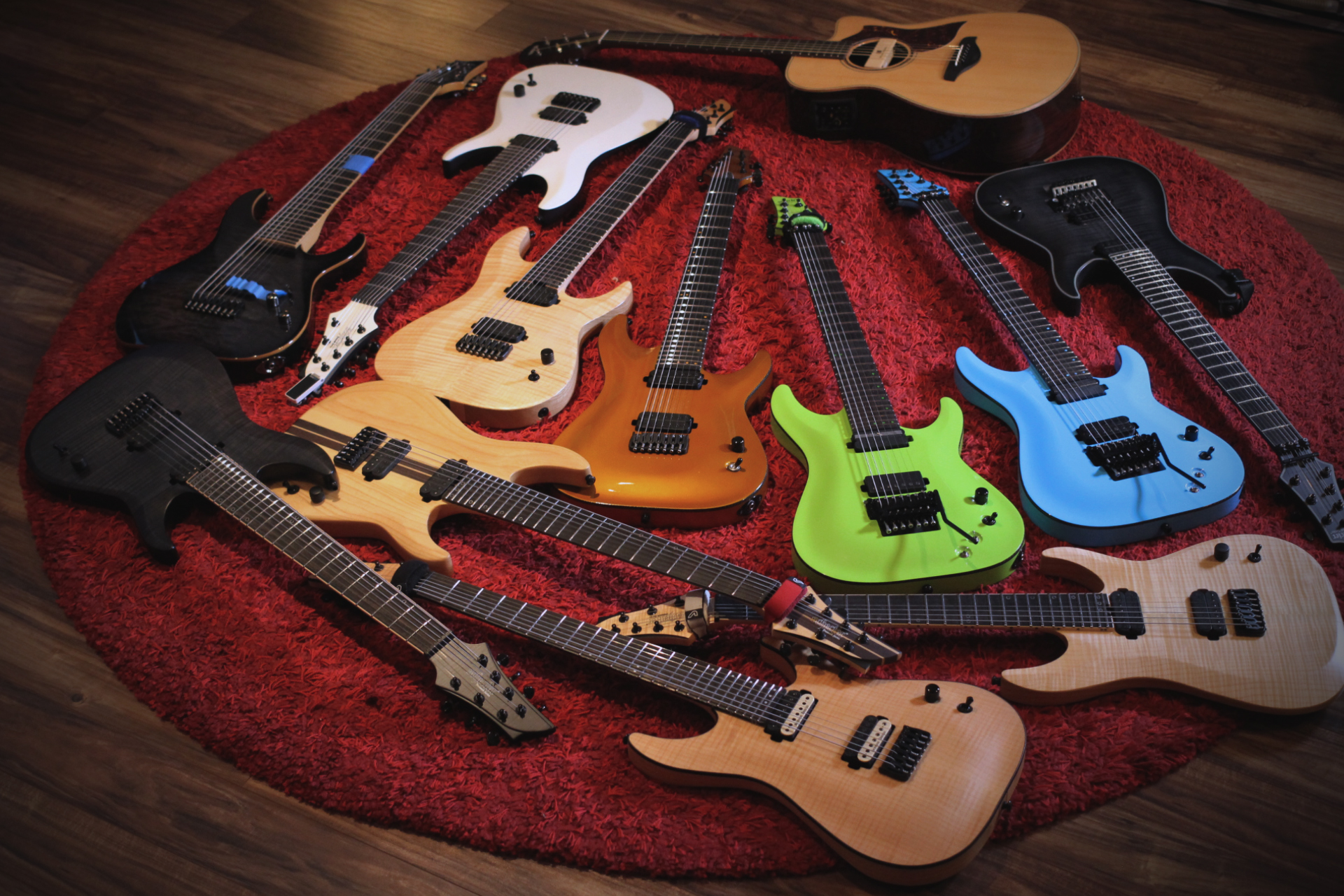 Most of the leads and clean tones were courtesy of the Ibanez guitars in Wes Hauch’s collection. Some of these include the gorgeous RG652AHM, the Tosin Abasi Signature AHM, and a few of the RG8 models. 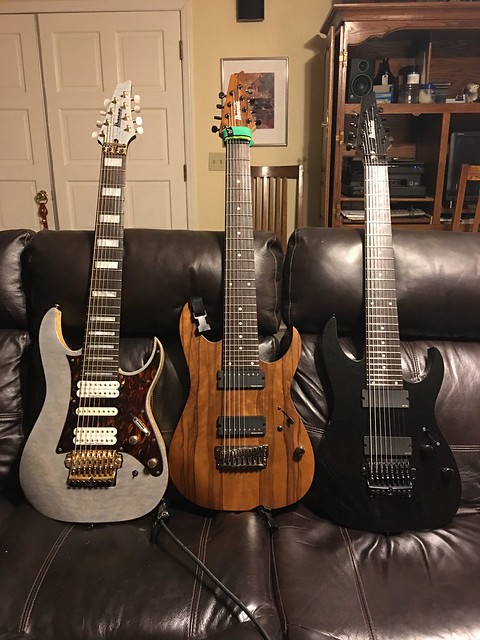 A few various guitars were also used here and there, including an Ormsby 8-String Multiscale, Schecter Banshee 8, Washburn USA Dimebag, and a Yamaha AC3R acoustic guitar. 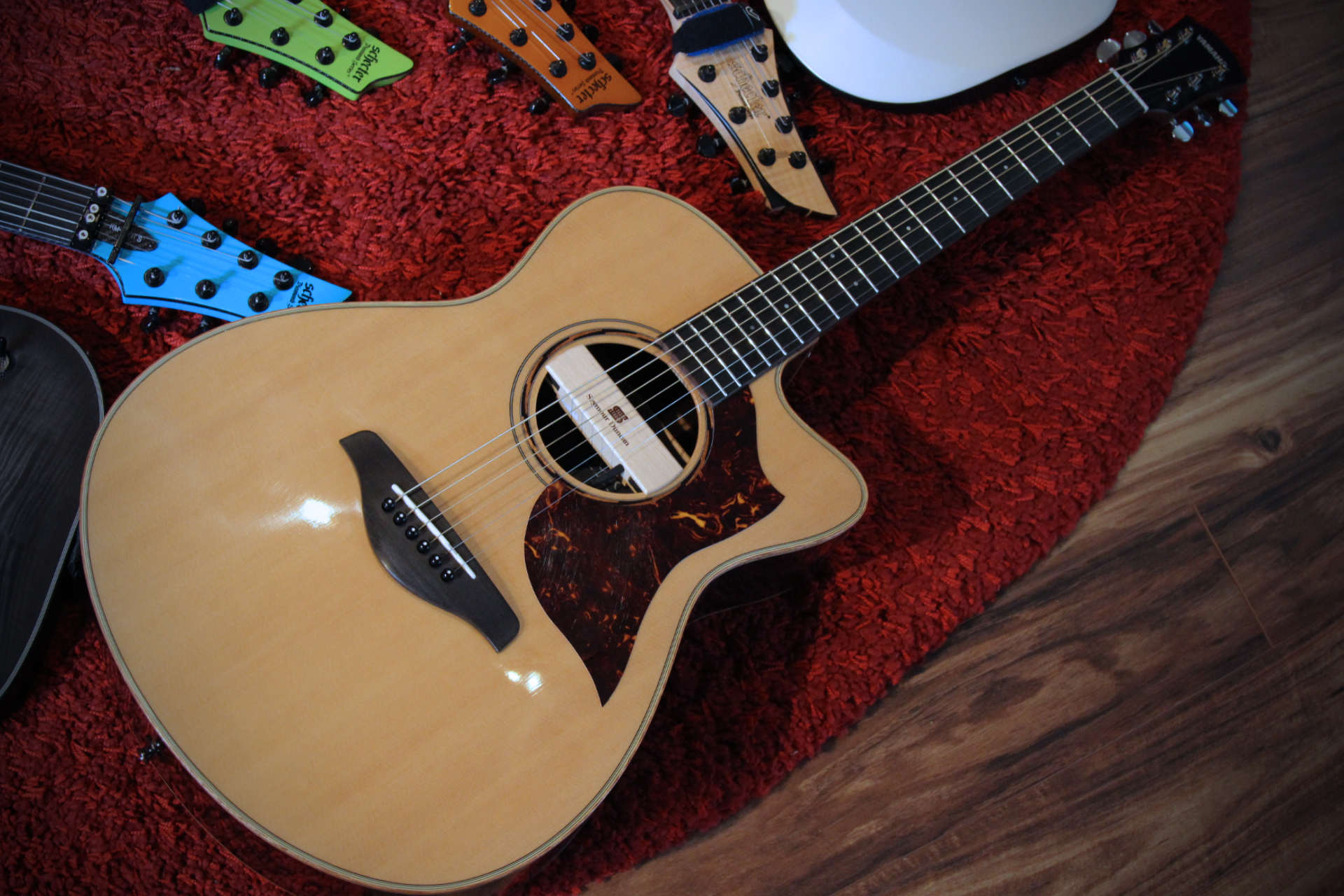 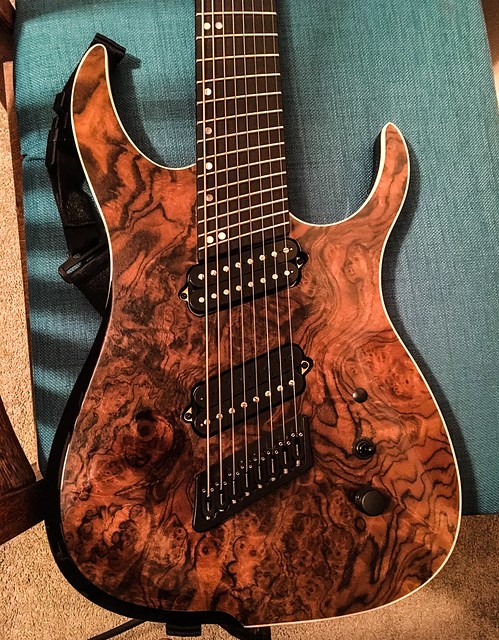 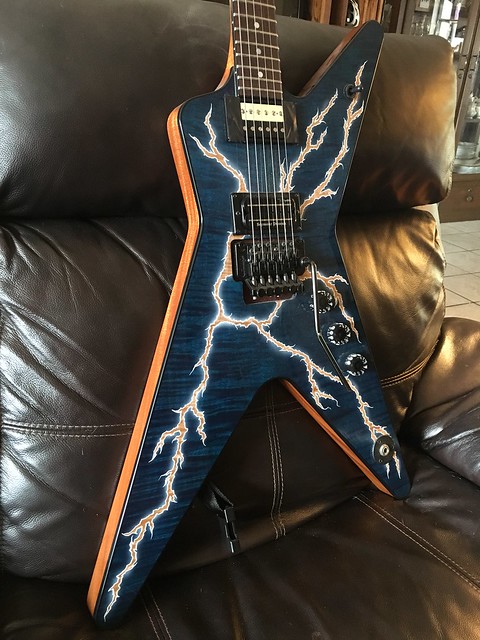 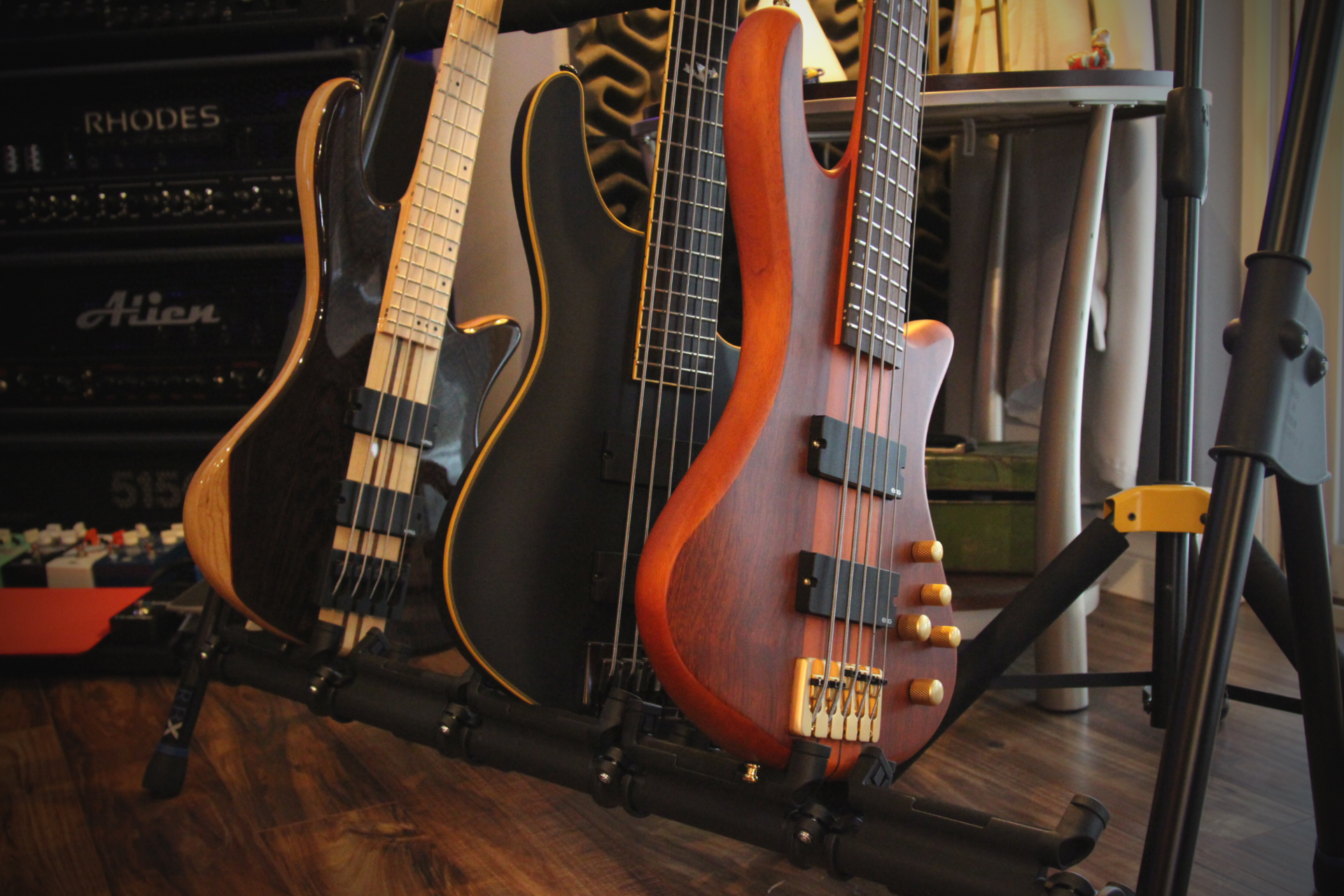 A number of guitar tunings were used on the album including:

We asked about Keith and Wes’ process for dialing in the tones used on the album as well!

All of the amp sounds on the album were recorded through a Kemper Profiling Amp. If you weren’t sold on Digital Guitar Units before, the amazing sounds achieved on this album will surely convince you…

Before pre-pro, Keith and Wes spent a full weekend engineering amp rigs and profiles for the album.

“We felt it was important to find inspiring guitar tones to write with that captured the vibe we were going for.”- Keith

The main rhythm tone used on the album was a profile of a Revv Generator 120 on channel 3, into a custom-modded Randall ISO Cab (more on that later), fitted with Creamback Celestions. The mic was a Shure SM57 slightly off axis. Surprisingly enough, no overdrive pedal was used in front of the amp. 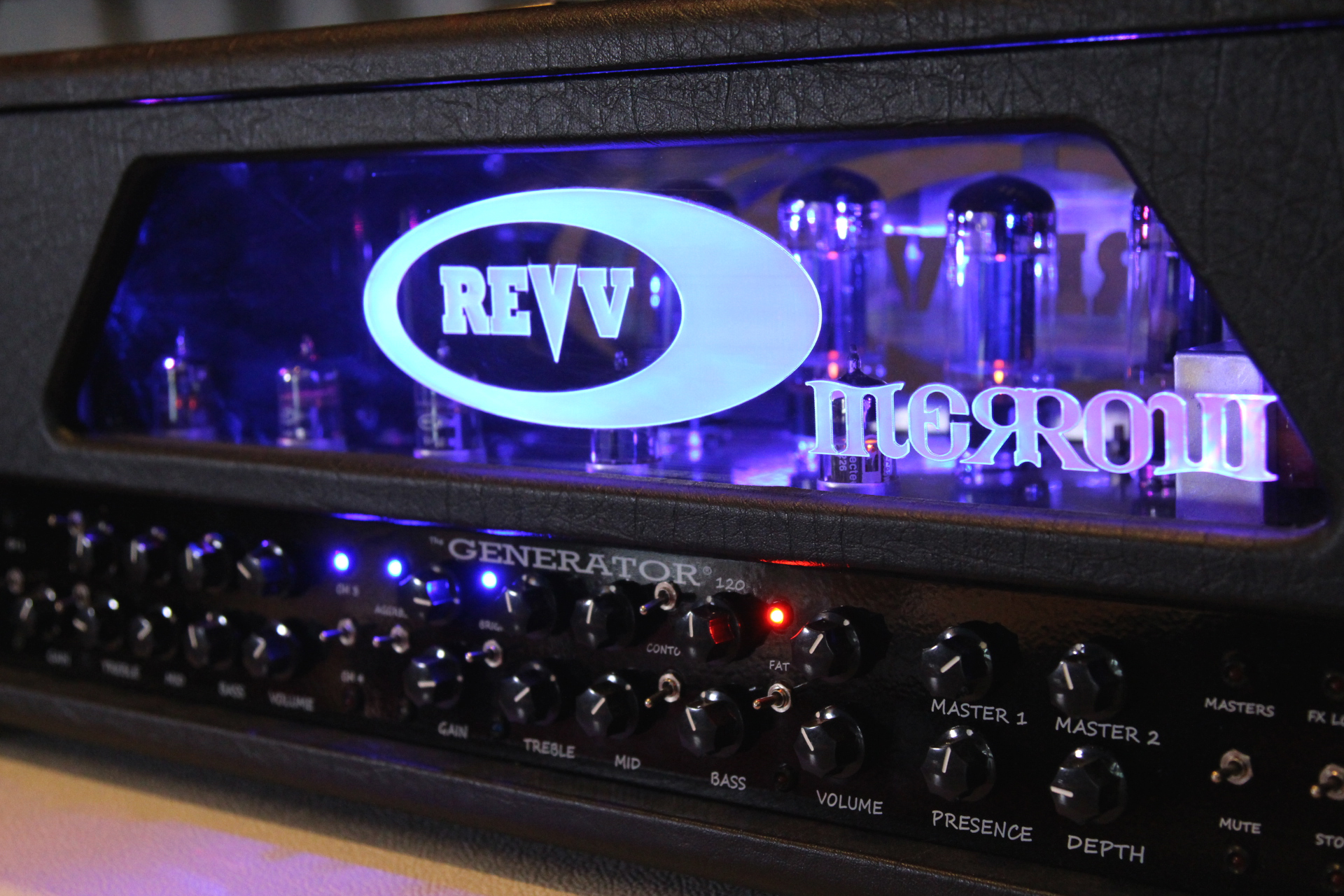 Fun fact: There are zero synth instruments on the album. Everything, even down to the obscure arpeggiated cello sounds on “Occlusion” are made from a guitar.

Some of the high-pitched, sustained squeals and controlled feedback on the album were created using the Sustainiac pickup in the KM7 FRS guitars.

The only physical pedals used on the album were a Digitech Whammy and Dunlop Jerry Cantrell Wah for various effects. 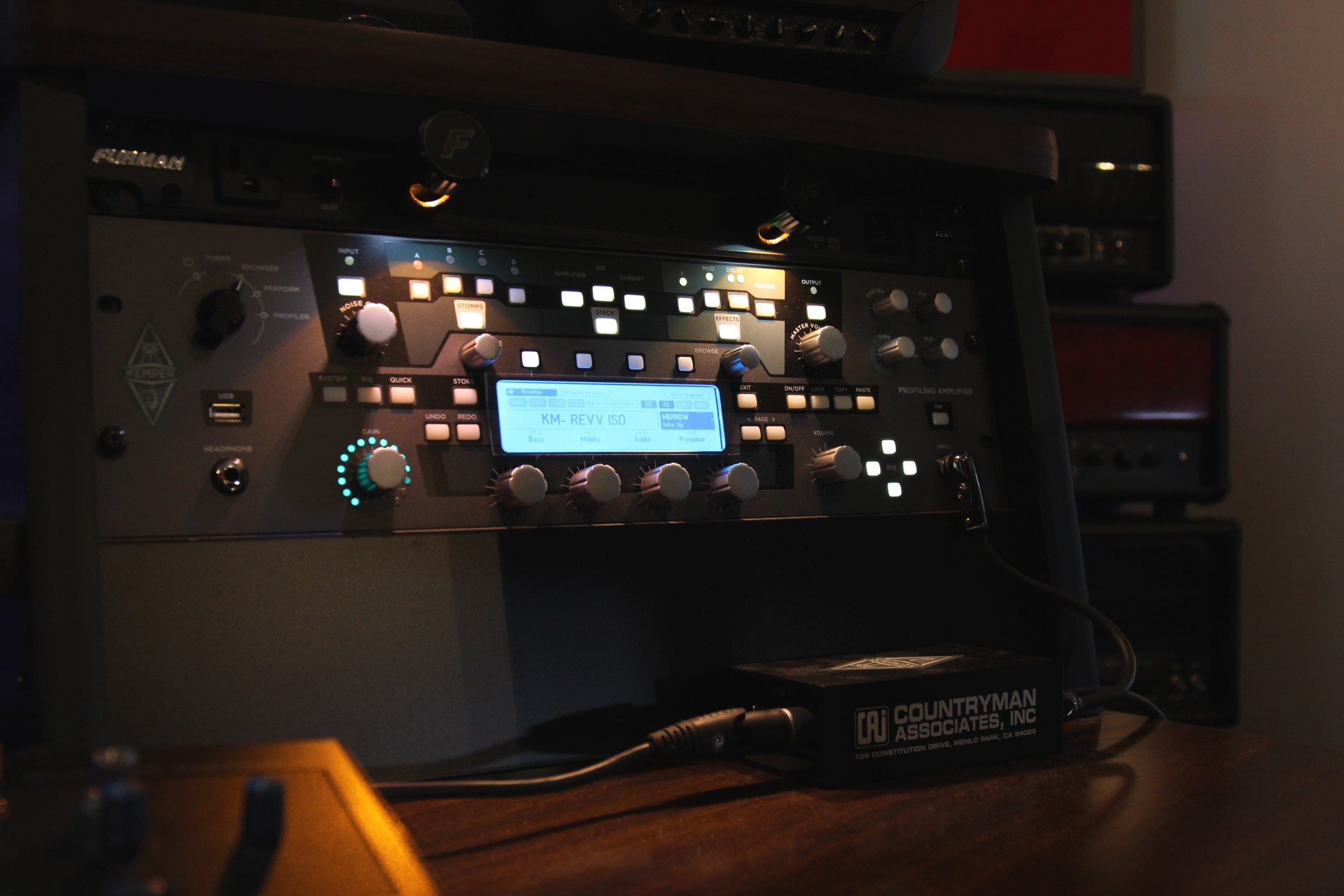 Keith has a Modified Randall ISO which they used for most of the tones on the album. The cabinet was gutted and all the insulation was replaced with a denser, higher quality insulation. He also added Aurelex baffling to prevent any “boxy” sound reflection that is sometimes associated with these cabinets.The mic mount was upgraded to a gooseneck-type for better stability and adjustability and the stock speaker was replaced with a Celestion Creamback. 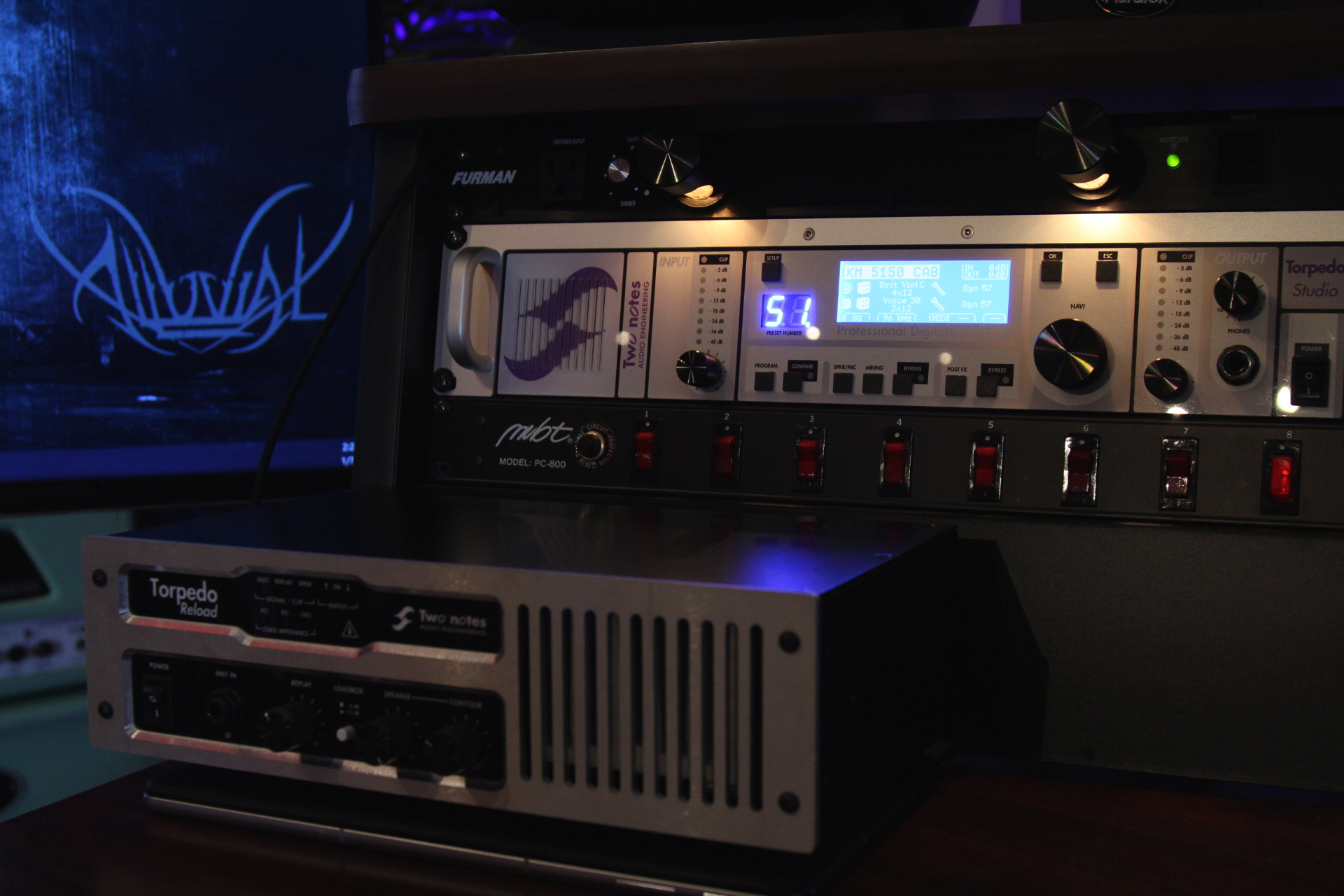 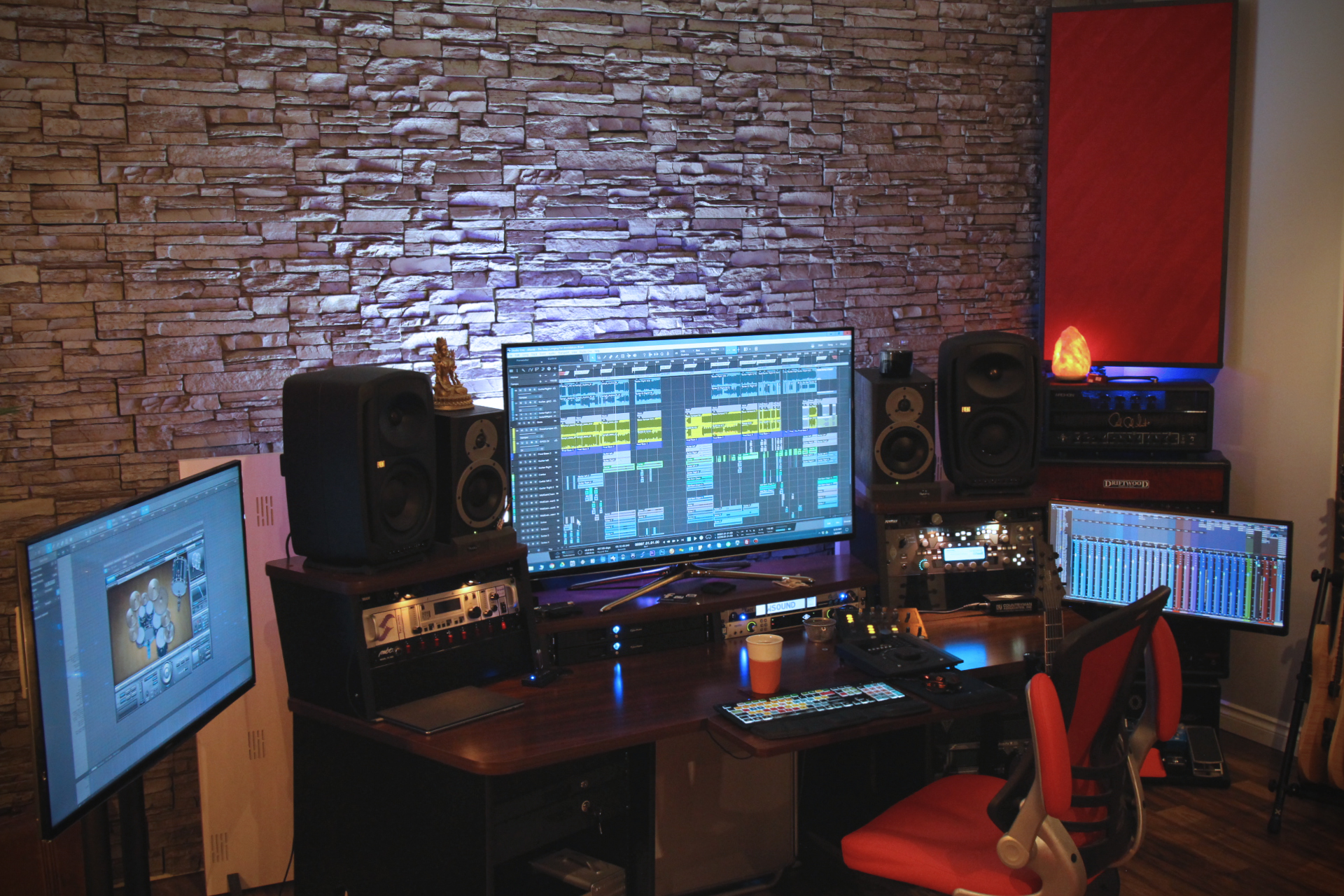 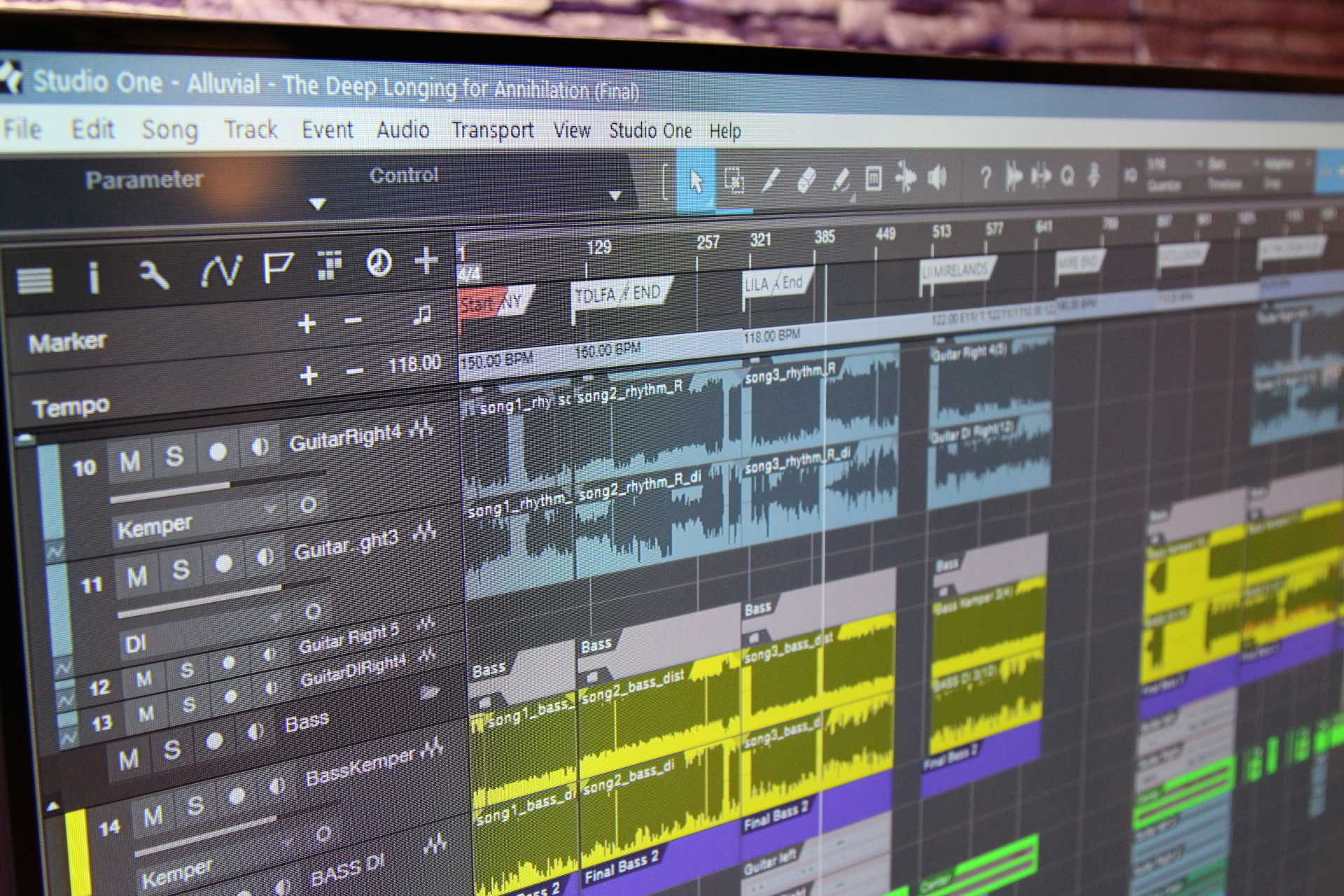 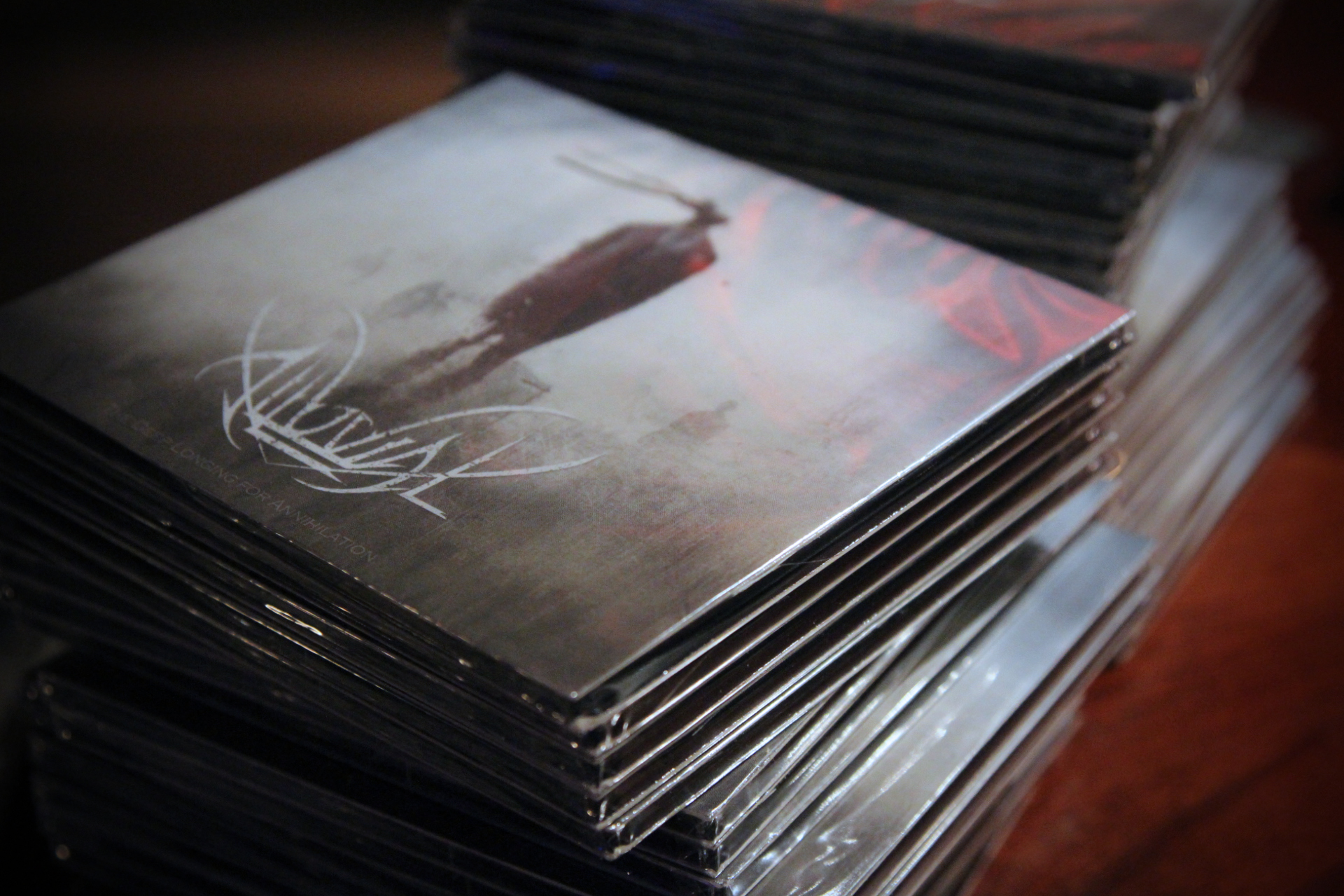 If you haven’t already, make sure you give Alluvial’s breathtaking debut album, The Deep Longing For Annihilation, a good listen!

You can also keep up with Keith and Wes by following Alluvial on Facebook!

If you enjoyed this article, be sure to check out some more! We upload new articles, guides, reviews, and interviews daily, such as our Fredrik Thordendal piece!