I’ve always wondered why Caparison guitars are so expensive…

..the reality is that I was wrong.

During that NAMM, I had the chance to meet Itaru, the founder of Caparison, as well as Gabriel who works with Itaru to run the company. It was here that I learned just how small their company is.

Caparison does not have a huge amount of employees and they don’t put out anywhere near as many guitars as other Japanese brands they are frequently compared to do. Their output is similar to other boutique operations like Tom Anderson, Thorn, and Mayones. I think part of the reason people mistakenly think of them as another ESP/Ibanez type of brand is because they are also based out of Japan, and don’t really bother marketing their products much or telling their story.

In fact, I learned that Itaru – the founder of Caparison guitars – inspects almost anything that leaves their factory himself. If you order a Caparison, he is the one that will do the sponge finish on your guitar! In fact, each guitar that ships from the Caparison factory comes with a certificate of authenticity that is signed off by Itaru to verify that it has passed their strict quality control standards. As dealers, this is something we love because we frequently have to return guitars to some of the other brands we deal with. 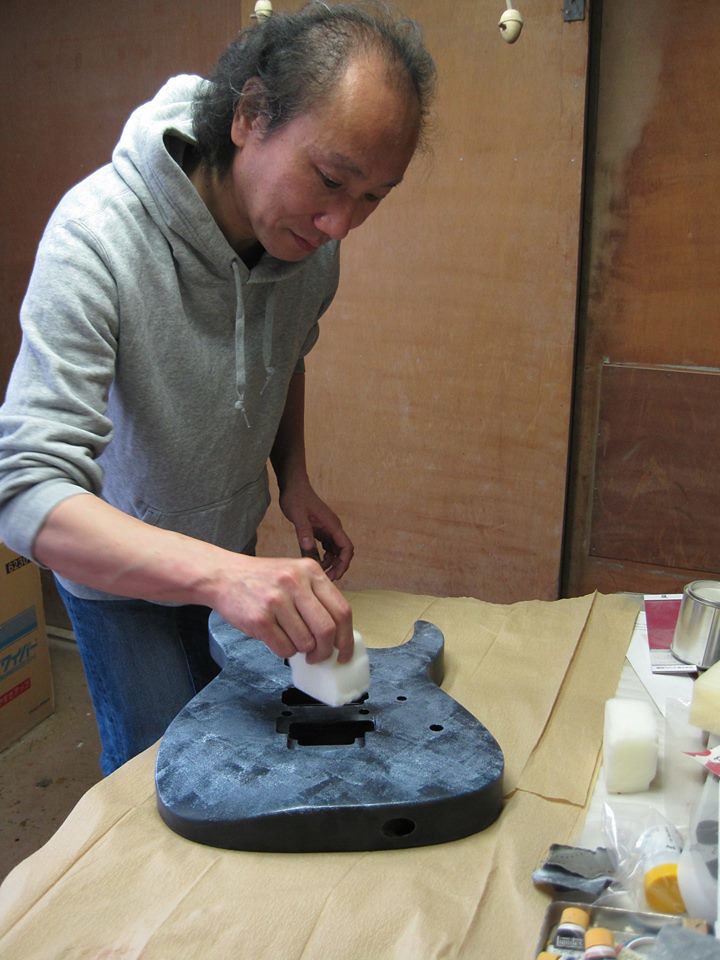 Pretty cool, right? How often do you see the founder of an internationally known guitar brand actually work on the guitars himself? Especially one with massive artists like Killswitch Engage using their guitars.

After talking to Gabriel and Itaru extensively, I also learned that their company isn’t really focused on scaling up so they can become the next Gibson. Instead, they are focused on simply making the best guitars possible at a fair price for musicians.

Part of the reason scaling up doesn’t make always sense is that you run into various problems that start to impact guitar quality.

For example, one of the problems you run into when scaling a guitar company up is that it becomes harder and harder to source high-quality woods consistently. It’s much easier to find and inspect 100 pieces of wood suitable for guitar bodies than it is to go out and find 100,000 of them.

Woods used are also hand-selected by a Caparison team member with over 30 years of experience in sourcing woods. This is crucial because finding high quality, properly dried lightweight wood appropriate for high-end guitars is not easy. The average piece of timber used to build a Caparison has been drying out for between 5 to 10 years before it is considered usable.

The same holds true when you’re looking for great talent to work for you. Luthiers that can consistently build amazing guitars are not common or cheap. It’s hard to find one good luthier, let alone enough of them to pump out a ton of guitars every year…

There are two ways around this, either you don’t hire as many luthiers, or you dumb the processes down involved in building your guitars so anybody can do them.

Caparison decided not to compromise at all, and instead, focus on building the best guitars they can with the best people they could find in Japan, even if it means paying them a lot of money.

This didn’t really dawn on on me that they really do have some of the best luthiers in Japan working for them until Gabriel sent me a few shots of their factory. I noticed that everyone working for them was quite old, and I mean that in the best way possible because it means they actually know what they are doing!

For example, the inlay work is done by one man who has over 10 years of experience doing absolutely nothing but inlays. The pieces used for inlays are cut  by laser for the highest level of precision possible, which means seeing filler in the inlays of a Caparison is extremely rare.

Similarly, Caparison finish work is largely done by craftsmen with over 20 years of experience that specialize in guitar finishes. This ensures bursts have a great gradient, and finish is applied evenly.

This is why Caparison guitars cost what they do. They hire the best and most experienced craftsmen they can find, even if it means they have to pay more for it, because they know the guitars they built will be better for it. That’s why we are so excited for our latest run with Caparison, which you can check out here. 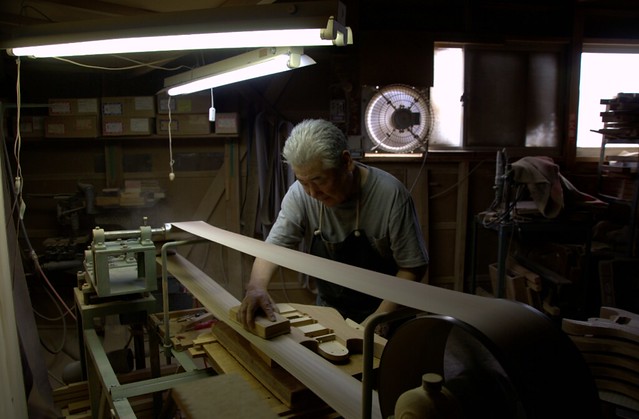 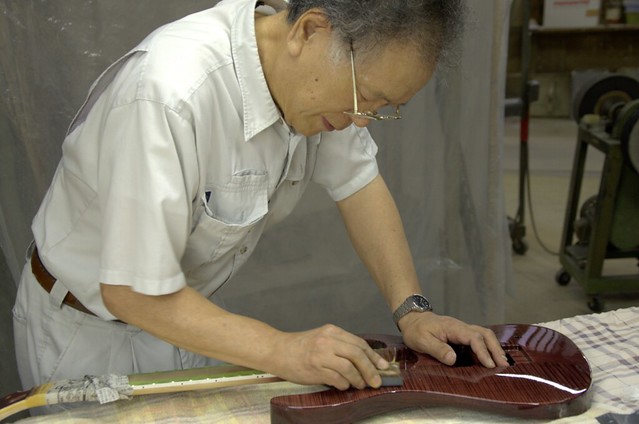 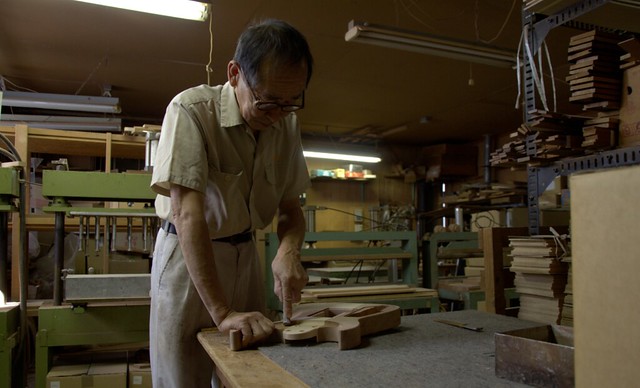 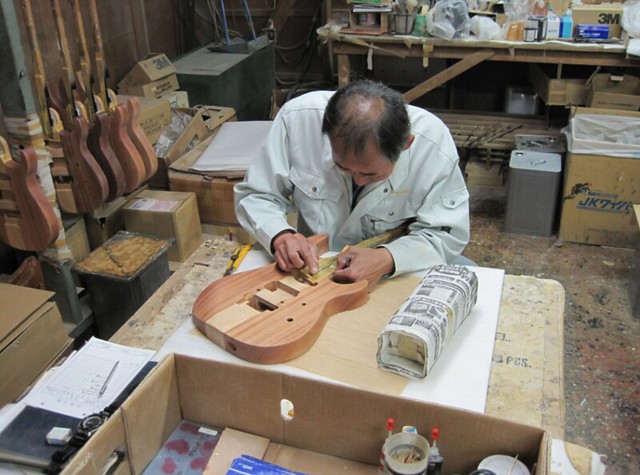 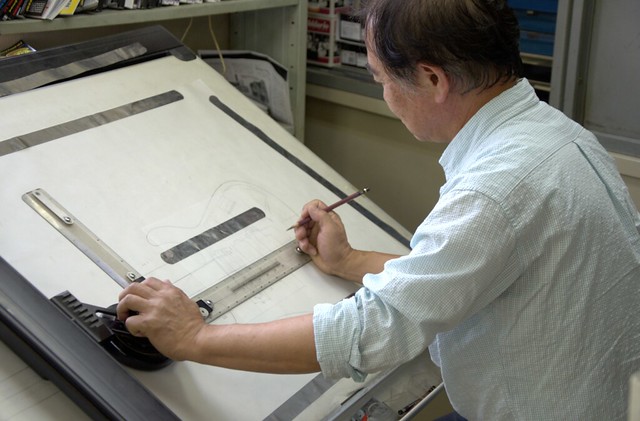 The love and effort that goes into each guitar built by Caparison is why I am so excited for our new run with Caparison. You can learn more about that run by clicking here and joining the dedicated Facebook group!