Whether you’re a blues player or a metalhead overdrives are something every player can benefit from. Overdrive pedals have served guitarists for over half a century, and through these years we’ve seen thousands of iterations, but only some were legendary enough to make a lasting impact.

Whether it be their sound, their hype, their rarity or their instant climb to popularity, we’re rounding up some of the most notable overdrive pedals you don’t want to overlook. 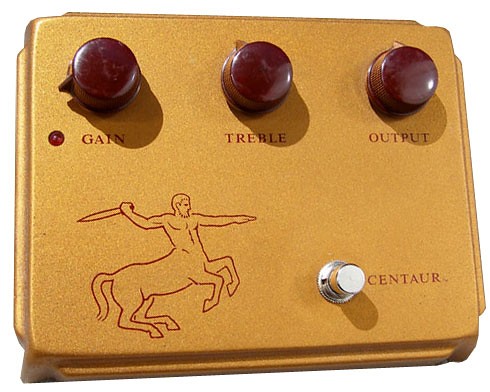 Starting with what is likely the most sought-after pedal ever made, an original now goes for up to $4,000 USD! What made this pedal unique was it’s nearly indescribable, transparent beauty it imparted on any guitar tone.

Rather than shaping and reforming guitar tone, it simply enhances what is already there. The most common word you’ll see describing the pedal is simply “more.”

It takes your tone and gives you more beef, more sparkle, more sustain, and there’s no wonder why nearly every major pedal maker (and hundreds of boutique makers) has tried to recreate the sound with their own Klon “Klones.” 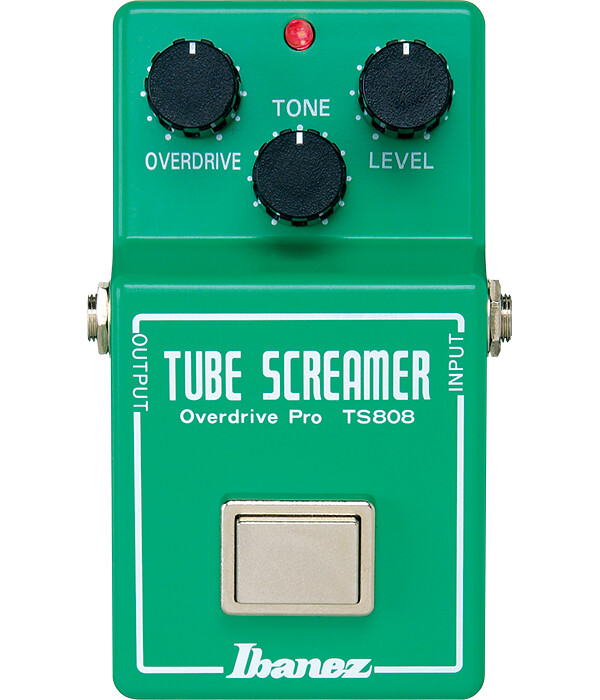 While the Klon takes the cake for “legendary” status, the Ibanez Tube Screamer takes the title of the most-used overdrive in recorded history (maybe the Greeks had something better, but we doubt it).

Between the original TS808 from the 1970’s and it’s 80’s counterpart TS9, these two boxes of magic popularized the mid-hump we all associate with the “overdrive sound.” Thanks to famous users like The Edge, Eric Johnson, and of course the one-and-only Stevie Ray Vaughan, you couldn’t possibly make a list about overdrives without mentioning the original.

Not only has it been copied more than any single pedal ever created, but it’s even been taken into the digital realm. 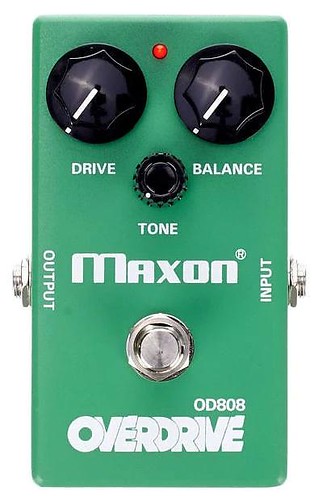 Many still don’t know that Maxon was the original designer of the Tube Screamer Ibanez, but their legacy doesn’t end there. Reissuing the pedal with their own title of OD808, many still argue about which is really the “true original overdrive.”

What isn’t up for debate, however, is that its use by Grammy-award-winning producer and guitarist Adam Dutkiewicz of Killswitch Engage launched the pedal into newfound popularity and set the industry standard for metal overdrive pedals.

Whether it’s technical death metal or sludgy doom, the 808 can be found in front of nearly every metal rig in the past 15 years, and for damn good reasons. 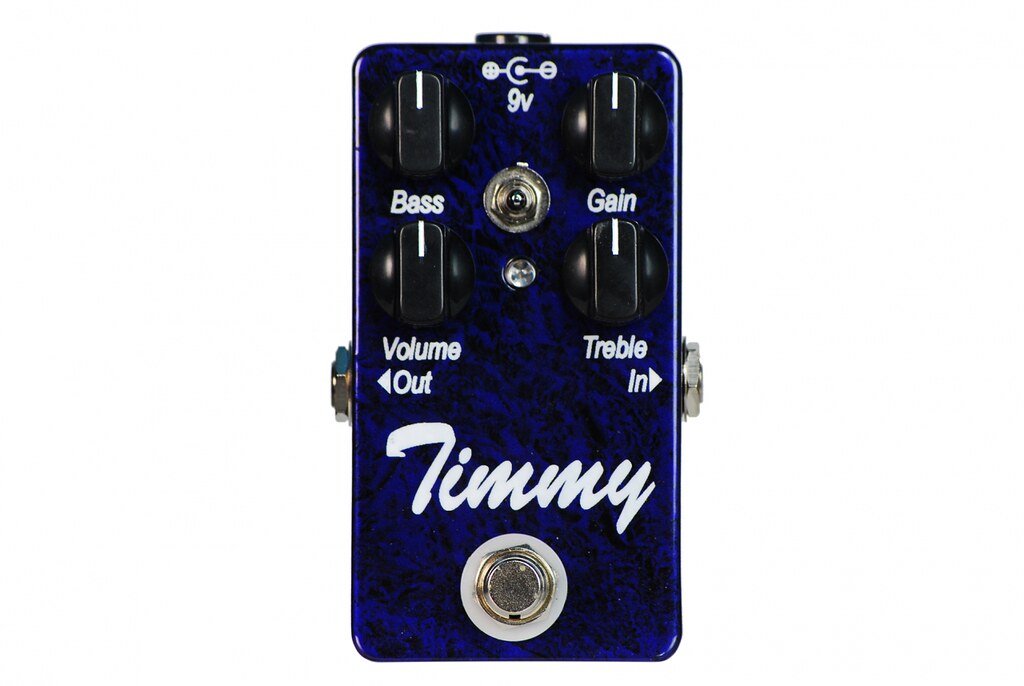 As the little brother of Paul Cochrane’s “Tim” overdrive, the sound of this pedal is only part of its appeal.

Using a combination of dip switches allows you to modify the clipping style and amount of compression produced by the circuit. For additional versatility, the separate bass and treble controls help shape your sound and clean up an unbalanced tone.

What started on a small forum became the talk of nearly every forum in a matter of just a few years. Paul’s handmade approach lead to limited supply and an ever-increasing demand, greatly aiding in its launch to iconic status.

Did we mention it comes in Seafoam Green? 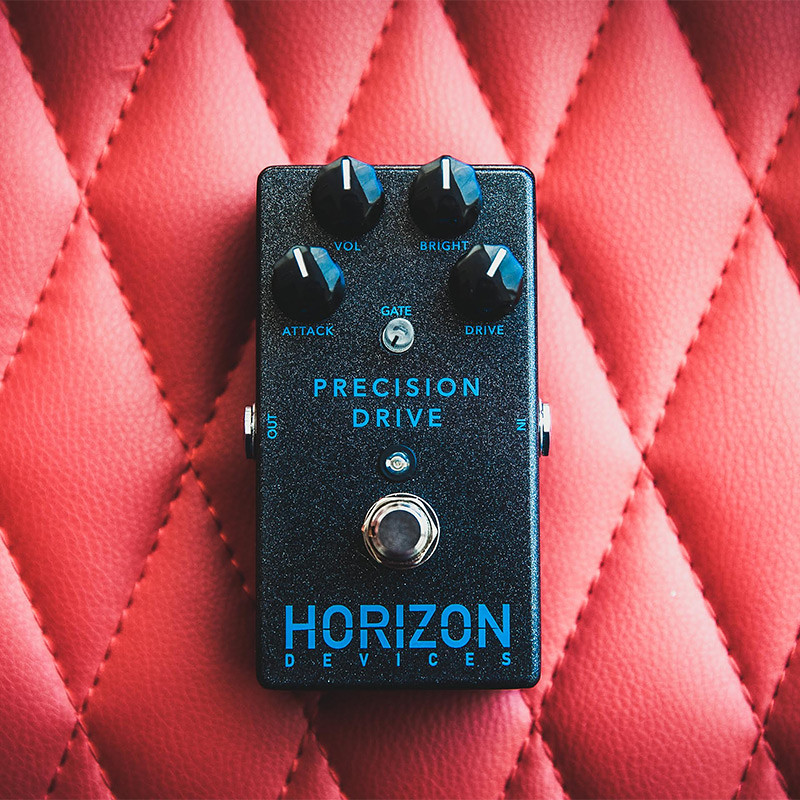 What started as a pipe dream of Periphery guitarist Misha Mansoor, the Precision Drive is now the new industry standard for metal overdrive pedals.

Manufactured by MXR, this overdrive was created specifically with metal players in mind. With immense flexibility, increased attack, low-tuning optimization, and a built-in noise gate, this is a metal player’s dream come true.

What really put this pedal on the map was its massive success, seemingly overnight. In less than a year, the pedal went from a handful of pre-orders to being featured in Guitar World magazine and sold in some of the largest online retailers in the world.

It’s one thing to have good features on paper, it’s another to prove your value, and to do it on this level.

No matter what you play, an overdrive can be one of the most useful tools to any guitarist. If you’re looking to try something new or grab your first overdrive, these are some of the best tonal experiences you’ll ever have.