Today there are more pedal companies than ever before, our options are nearly limitless! However, there are still a few gems that just had a certain magic we can’t put our fingers on.

Here are our top picks for pedals we wish were still being made! 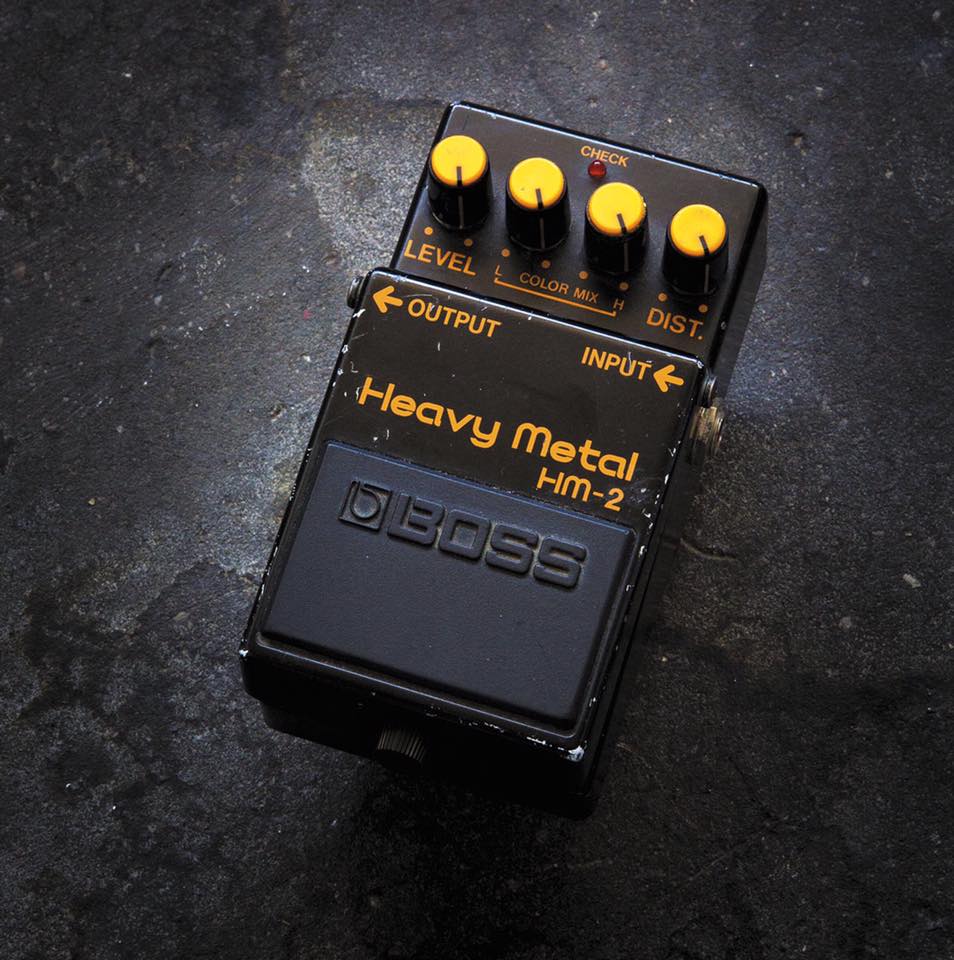 This icon of death metal and black metal was one of the most important pieces of gear in metal during the late 80’s and all throughout the 90’s. Starting off as an iconic death metal sound, the pedal was very quickly adopted by early black metal artists as the “go-to” guitar sound deemed the “buzzsaw” sound.

The quality of this pedal almost reaches into fuzz territory than a traditional distortion pedal, yet had an aggression, grind, and unique low-end unlike any fuzz ever heard. The tone knobs were extremely sensitive, as the overall range they offered was 40 decibels… Luckily, the most iconic sound this pedal created was all knobs on 10!

The voicing of the pedal with this setting did two things: it pushed the amp insanely hard, and it created almost a perfect voicing for the style. The low end emphasized the low open E, and the harmonic structure emphasized the fifths intervals you experience with power chords. With an added low mid dip to add clarity, it was the perfect weapon for the genres it went on to claim ownership of.

After being discontinued in 1988 in Japan and then again in 1991 in Taiwan, this pedal picked up a cult following by countless crucial European metal acts and went on to achieve legendary status as the industry standard for the sound of Swedish Death Metal and Norwegian Black Metal. 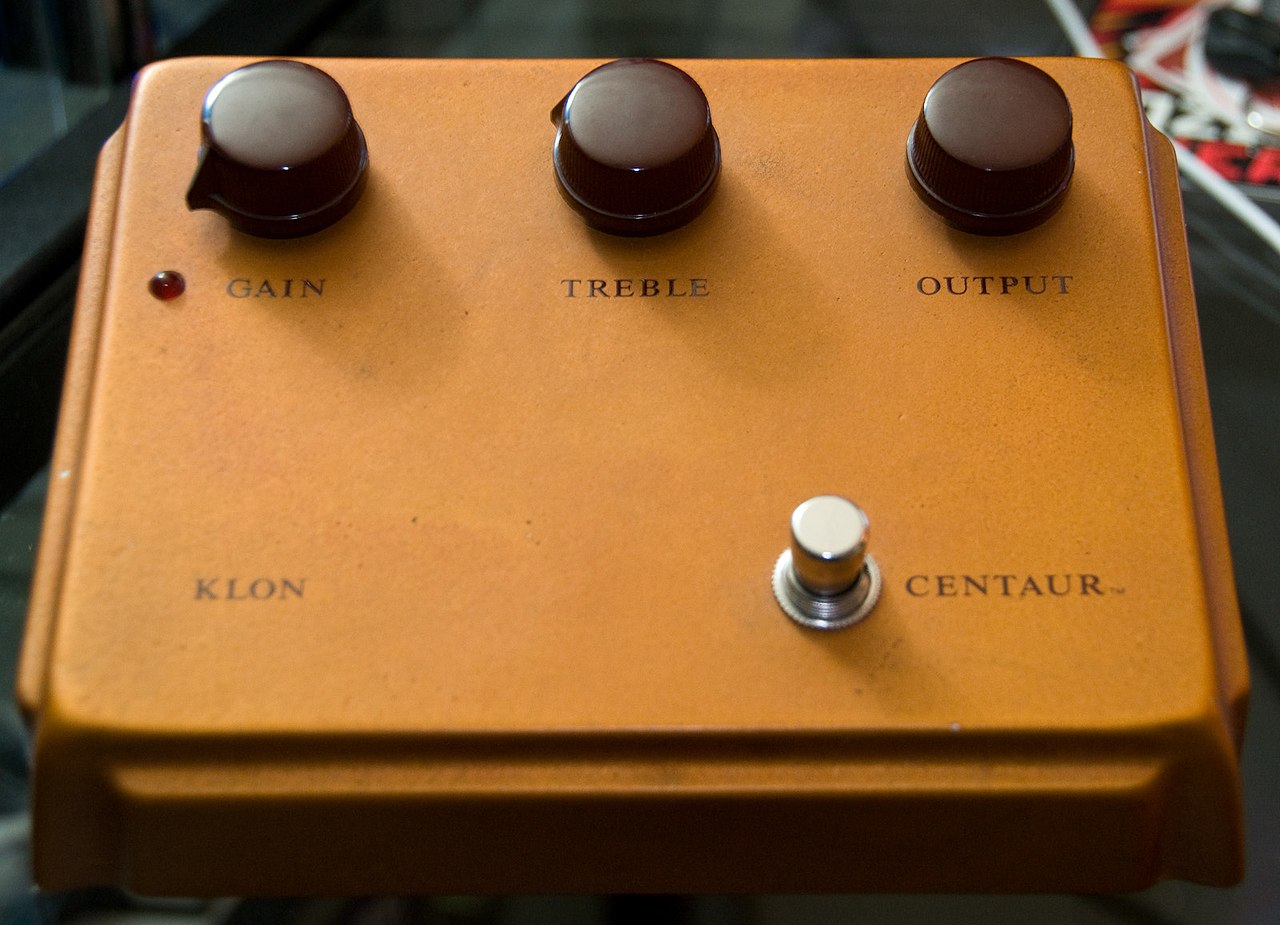 It’s tough to say if we’ll ever see a more expensive guitar pedal on the market, but it might just have the tone to back it up…

The Klon is by far the most discussed, admired, and sought-after overdrive ever created. Created by Bill Finnegan in the early 90’s and stopping production in 2000, it has gone on to achieve legendary status as a result of its limited numbers (8,000) and indescribable tonal qualities that have gone on to be praised by nearly every major guitarist of the era.

Common terms to describe the tone of the pedal include “more,” “fat,” “pushed,” and “transparent.” The pedal is known for adding almost an extra polish to your existing tone. It doesn’t change your tone, it simply makes it better by giving it “more.”

With players like Jeff Beck, Trey Anastasio, Joe Bonamassa, Peter Frampton, and David Gilmour singing its praises it’s no surprise that the going price for an original can get as high as over $3,000.

In 2014 the pedal began to be produced again by it’s original creator with the same circuit, only slightly modified build process to help manufacture the pedals on a larger scale. So, while the pedal is – in a way – still being produced, we can’t help but wonder what the landscape of guitar pedals and tone would be had he never stopped making them.

The new version currently sells for just 1/10th of the price of it’s older brother. Despite the circuit being the same, you won’t have to look far to find individuals claiming it will never be the same sound as the original. 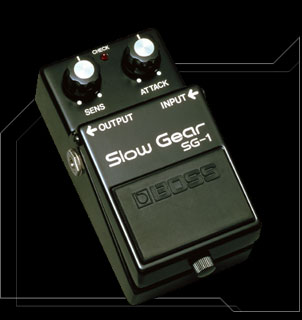 An incredibly simple pedal, the Boss SG-1 is a one-trick-pony in the absolute best way possible.

The signature sound of this pedal was not really a sound at all, but rather a dynamic. The SG-1 allowed players to shape the dynamics of their pick attack. Rather than a quick pluck of the string, they could create violin-like swells into each note, creating a world of possibilities never heard before.

An automatic volume pedal of sorts, the adjustable attack allows you to dial in the perfect amount of guitar or violin quality. It’s all-black finish is almost a tip of the hat to its classy but simple function on your board.

While many copies have been made for a couple hundred dollars, the reason we wish these were still being made is the great sound at the price you’ve come to expect from Boss… at just $99.95. Much better than $400 on eBay!

There are many more pedals we wish had never died, but with reissues becoming more and more popular these days, all we can hope for is that they put the same hard work, dedication, and most importantly the parts into these circuits as the originals!