Ibanez are showing once again how proud they are of their highly successful Tube Screamer pedal, one that has just reached 40 years of changing the guitar world.

The Tube Screamer has been on pedalboards of guitarists all over the world from Stevie Ray Vaughan to Steve Vai, from John Mayer to John Petrucci, blues to metal and everything in between.

In celebration of their continued success, Ibanez released a limited edition run of TS808’s in a flashy Ruby Red Sparkle finish. Fans of the original will be pleased to know that this is only an aesthetic change, and the internals are left just the way they are, using all-analog circuitry and the JRC4558D IC chip that’s so central to its sound. 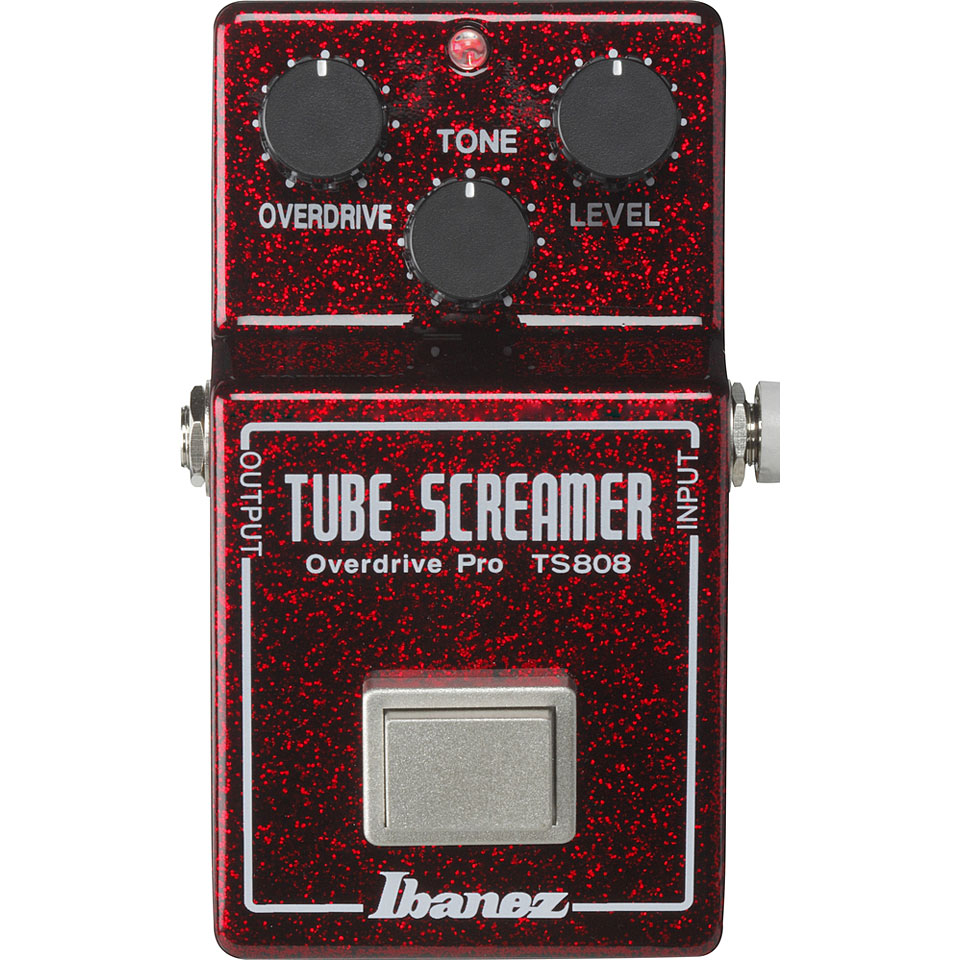 The second variation is a collaboration between Ibanez and Vemuram. If you haven’t heard that name before, it may because they’re known for making quite high-end pedals, not exactly budget friendly but absolutely stunning regardless.

They continue to use extremely high-quality components in all of their products and their signature brass pedal enclosures have made their way into this collaboration.

The TSV808, as it’s aptly named, is a combination of both Ibanez and Vemuram’s best selling pedals, the TS808 and the Jan Ray, with the mid hump of the 808 and the wider frequency spectrum of the Jan Ray.

Not only is the sound changed, but the feature set as well. The pedal features dip switches for changing the clipping principles of the overdrive, with 2 symmetrical clipping options and 2 asymmetrical ones.

It doesn’t stop there, however. They’ve gone the extra mile to add 2 trim pots to tweak the amount of bass thickness and “saturation”, which controls the maximum amount of gain available on the pedal.

The 40th Anniversary model is available now, with the TSV808 coming later this year.