Schecter Guitar Research, more commonly known as Schecter is one of the most successful guitar manufacturers in the USA. Our comprehensive reviews cover everything from their affordable Korean models, to their impressively spec’d out USA custom shop models.

Created by David Schecter in 1976, Schecter Guitar Research began as a repair shop in Van Nuys, California. The shop manufactured replacement parts, necks, and bodies for many big name brands such as Fender and Gibson. It wasn’t until 1979 that Schecter offered a fully assembled guitar. Most of the guitars that were being built by Schecter were very expensive custom shop models that were based on the Fender designs. One of the earliest models was a custom Tele build for guitarist, Pete Townshend of The Who, which later became the basis for the Schecter PT.

By 1983, Schecter had reached it’s potential with what it could accomplish as a custom shop and could no longer keep up with orders while retaining the quality they became known for. By 1984, after a company buyout, Schecter introduced twelve production model guitars, the most popular being a model based on the Pete Townshend “Tele” model. Eventually, Schecter’s use of the Fender headstock led to a lawsuit which shut the company down. The Schecter name was purchased and revived in 1987.

The company was bought out by Hisatake Shibuya, a Japanese entrepreneur who also happened to own ESP guitars. Shibuya reverted Schecter back to it’s custom shop roots and devoted all of it’s efforts into building high-end custom shop instruments.

Shibuya eventually gave company ownership to a man named Michael Ciravolo, who worked at a music store in Hollywood which sold Schecter guitars. Ciravolo didn’t like the Fender design, so he decided to leave those designs in the past and move on to some of their own designs. He added the “Tempest”, “Hellcat”, and “Avenger” models. Ciravolo’s vision was the bring Schecter to the hands of the new generation of musicians , a demographic that was mostly ignored by major manufacturers such as Fender and Gibson. To do this, he needed a bigger factory.

By 1998, Schecter had opened a factory in Incheon, South Korea and introduced the Diamond Series, a more affordable line of non-custom guitars. The next decade was a massive change for the company. It became less focused on it’s USA custom roots, and more focused on the affordable series made in Korea. So, in 2012, Schecter expanded it’s USA shop and started to give the USA models some more attention to bring the company back to it’s roots.

Now, Schecter is a massive company with guitars for every type of music. Regardless of the style of music or price point in mind, Schecter offers a ton of options to choose from.

For more information on the latest Schecter models and to find the right one for you, check out our in-depth Schecter reviews! 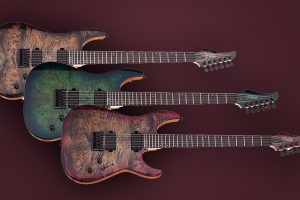 WiredGuitarist
Articles, Schecter Guitar Reviews, Uncategorized
We don’t normally cover guitars as news items, we prefer to review them wherever possible. However, this one is not only one we can’t review (it’s a Guitar Center/Musician’s Friend exclusive, sadly)... 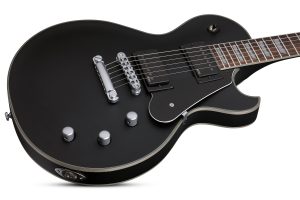 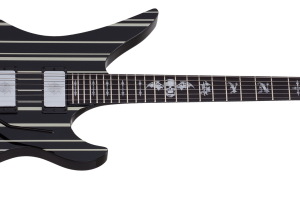 WiredGuitarist
Articles, Schecter Guitar Reviews, Uncategorized
Schecter and Synyster Gates are proud to announce the updated Synyster Gates Custom signature model for 2018! As the lead guitarist for Avenged Sevenfold - one of the biggest rock bands of our time - Schecter... 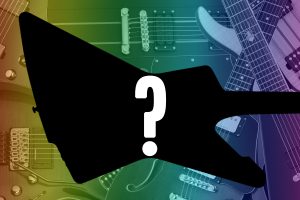 WiredGuitarist
Articles, Schecter Guitar Reviews, Uncategorized
We’re extremely proud of the brands we carry, and sometimes we even get a little bit jealous shipping a guitar we want to one of our customers. Schecter is one of those brands, and as a result we just had to...

WiredGuitarist
Articles, Reviews, Schecter Guitar Reviews, Uncategorized
Schecter is a company that is often associated with metal guitars. While they do offer some really tasty guitars for metal, such as the KM-7 MK-II, the Schecter line-up is quite versatile, with a large variety... 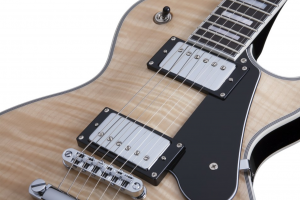 WiredGuitarist
Articles, Reviews, Schecter Guitar Reviews, Uncategorized
A few months back, we reviewed the Schecter Solo-II Standard and found it to be a great way to get an affordable Les Paul-Style guitar. However, the Solo-II Standard is a bit smaller than a standard Les Paul... 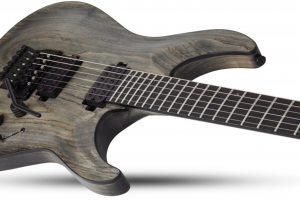 WiredGuitarist
Articles, Reviews, Schecter Guitar Reviews, Uncategorized
In the past two years, we have done a whole bunch of Schecter C-1 reviews. Since the late 1980's, Schecter's C-1 line has featured some of their most popular guitars, such as the C-1 Custom. Today. we'll be... 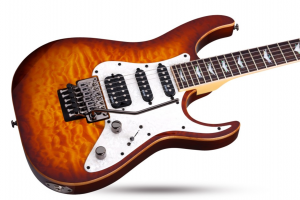 WiredGuitarist
Schecter Guitar Reviews, Uncategorized
2016 was a really amazing year for Schecter. We got a ton of amazing models such as the KM-7 MK-II and the Banshee Elite 7, both of which made it onto our Top 5 Guitars of 2016 article! Now that it's 2017,...